Quashing of Joseph Murphy findings a further indication of debacle 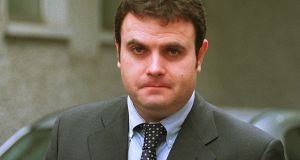 The Tribunal of Inquiry into Certain Planning Matters and Payments was established in 1997, issued its last report in 2012, remains in existence, and is expected to cost about €160 million before it folds up its tent. It is a debacle.

In his case against the tribunal, Joseph Murphy jnr alleged malfeasance and sought damages. The case is now settled and no damages are being pursued.

In response to Mr Murphy’s claims, the tribunal said it was entitled to immunity from actions for damages and could only lose this benefit if it could be established that it had “knowingly engaged in behaviour which was criminal or malicious”.

Nothing in the grounds advanced by Mr Murphy established that its former chairman, Mr Justice Fergus Flood, knowingly engaged in such behaviour, it said.

The tribunal has admitted that its findings against Mr Murphy were “unlawful” and should be quashed. It did not share material with Mr Murphy which the Supreme Court subsequently said was of “obvious” relevance to him.

In a judgment by the late Mr Justice Adrian Hardiman of the Supreme Court, in 2010, he noted that the late James Gogarty, whose allegations led to the findings against Mr Murphy, had attracted enormous public attention when he was appearing before the tribunal.

“The destructive effect of these allegations on individuals, the flamboyance of Mr Gogarty as a witness, and his striking gift for phrase-making, have all contributed to this,” he said.

Mr Justice Hardiman said that Mr Murphy and his business colleague Frank Reynolds had been compelled to come before the tribunal principally or solely because of Mr Gogarty’ s allegations. They had to participate in the tribunal for several years, make discovery of enormous quantities of material at enormous expense to themselves, and were eventually the subject of adverse findings. They were also denied their costs.

Mr Murphy, in his evidence to the tribunal, said he had been in London on June 8th, 1989, when he was alleged by Mr Gogarty to have been at a meeting in Ray Burke’s house where money was paid over. He had witnesses who called him in London that morning and that night.

It was a “striking double negative, not apparently a sound platform for the next mental step in the findings”, Mr Justice Hardiman said.

When it came to outlining its findings, the tribunal said the parties at the alleged meeting with Mr Burke “were . . .” and continued to name a number of individuals, including Mr Murphy, the judge noted.

“The seamless, silent and unreasoned transition from bare possibility to an unqualified statement of fact seems possible only by virtue of a reversal of the onus of proof. No explanation whatever is offered of it,” he said. “It is, in legal terms, irrational.”

The issue before the Supreme Court was the tribunal’s refusal of costs to Mr Murphy and others, and it found in their favour, in significant part because of the failure of the tribunal to share with Mr Murphy material relating to Mr Gogarty’s credibility.

No doubt it is a danger Mr Justice Peter Charleton is well aware of as he launches his tribunal of inquiry into matters concerning the Garda.