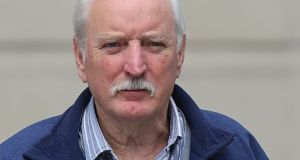 Medical reports are not yet ready on a veteran republican charged in connection with the IRA murder of Jean McConville, a court in Belfast has heard.

His legal team has told Belfast Crown Court he suffers from dementia and would not be able to fully participate in his trial.

Defence barrister Desmond Hutton said a medical expert had indicated she did not normally undertake medical legal work beyond her normal NHS job.

Judge Seamus Treacy expressed frustration at the delay and said he had been given assurances at the last hearing that the matter would be resolved by now.

He said: “I rely highly on what I am told by counsel with instructions in the course of the review because the court does not have time to investigate everything.

“There is a huge element of mutual trust in conducting the reviews.”

Bell, from Ramoan Gardens in west Belfast, has denied the charges.

Mrs McConville (37) was dragged from her home in Belfast’s Divis flats complex by an IRA gang of up to 12 men and women, accused of passing information to the British army — an allegation later discredited by the Police Ombudsman for Northern Ireland.

She was shot in the back of the head and secretly buried 80km from her home, becoming one of the “Disappeared” victims of the Troubles.

It was not until 1999 that the IRA admitted the murder when information was passed to gardaí.

Her remains were found on Shelling Hill beach in Co Louth by a member of the public in August 2003.

Nobody has been convicted of her murder.

The case against Bell is based on the content of tapes police secured from an oral history archive collated by Boston College in the US.

Academics interviewed a series of former republican and loyalist paramilitaries for their Belfast Project on the understanding that the accounts of the Troubles would remain unpublished until their deaths.

But Police Service of Northern Ireland (PSNI) detectives investigating Mrs McConville’s death won a court battle in the US to secure the recordings.

It is alleged that one of the interviews was given by Bell, a claim the defendant denies.

The case has been adjourned for further review in Belfast next month.