Corporate-style board of directors for Garda not ‘toothless’, TDs told 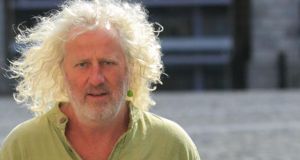 The Commission on the Future of Policing has denied its proposal for a corporate-style board of directors to oversee the Garda is “toothless” and would led to too much power concentrated in the hands of the Garda Commissioner.

Members of the commission, including its chair, Kathleen O’Toole, were appearing before the Oireachtas Justice Committee to answer questions on its 50 recommendations for a “root and branch” reform of the force.

“It sounds like at one level the board has no teeth. It’s almost putting together a board of directors to advise management on the day-to-day structure. Where does the teeth come into the board?” Colm Brophy TD ( Fine Gael) asked.

Commission member Donncha O’Connell said the board would have significant functions in relation to budgets and policing plans.

Ms O’Toole said the rational for a board with a broad range of experience in areas such as IT and human resources was that under the current set-up, ordinary police officers can find themselves promoted to senior management roles with no experience or training in such corporate affairs.

She said when she was promoted to chief of police in Seattle, she had to surround herself with people with business experience because all her experience so far had revolved around policing and public safety.

Independent TD Mick Wallace questioned the logic of running the Garda “like a commercial organisation”. He said those organisations are profit-driven and “that’s not what we want for An Garda Síochána”. He said Ireland has “kind of had enough of these types of boards” for State agencies.

He questioned why the proposed board wouldn’t include representatives from human rights organisations or the Traveller community.

Ms O’Toole said she wouldn’t want the force being treated like a commercial organisation either. Mr O’Connell replied the board would be very representative and include people to represent the community.

The commission members also rejected that they have proposed a “watering-down” of Garda oversight and governance by recommending the merging of the Garda Inspectorate and the Policing Authority into one body, the Policing and Community Safety Oversight Commission (PCsoc).

Under the proposals, power to nominate senior Garda management would move from the Policing Authority to the Garda Commissioner.

Mr Wallace asked why the commission didn’t propose giving the two existing bodies the powers they require rather than merging them.

The creation of PCsoc would mean stronger and more efficient oversight, Ms O’Toole replied. She said the inspectorate and the Policing Authority have done important work and this proposal would make them stronger.

Mr O’Connell also denied the proposal to change the name of the Garda Síochána Ombudsman Commission (Gsoc) to remove the words “Garda Síochána” is a “cosmetic” change.

He said research has shown people wrongly believe Gsoc is not independent from the force because of its name.

Wednesday’s meeting was the last engagement by the commission. Its report will not be discussed in the Dáil before an implementation committee is established.