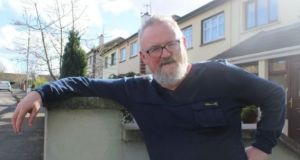 A former IRA man interviewed for an American university project is set to go to the European Court of Human Rights in a final bid to stop police accessing his confidential tapes.

Lawyers for Anthony McIntyre on Tuesday confirmed their intention to mount an appeal against a ruling which cleared the way for detectives to examine the Boston College material.

Senior judges in Belfast gave them four weeks to set out the basis for taking the case to Strasbourg.

In the meantime, the tapes will remain locked at the Royal Courts of Justice. Last month McIntyre lost a legal battle to ensure the recordings and transcripts were kept confidential.

He claimed police should not be allowed to access the material due to errors in the International Letter of Request (ILOR) setting out alleged offences under investigation.

But the Belfast High Court ruled that any flaws in the process were not due to bad faith on the part of the authorities.

McIntyre was one of the main researchers in the Boston College project to compile an oral history of the conflict in Northern Ireland.

Dozens of loyalists and republicans provided testimonies on the understanding their accounts would remain confidential while they are alive.

But those assurances were dealt a blow after police secured transcripts and tapes of interviews given by former IRA woman Dolours Price and high-profile loyalist Winston ‘Winkie’ Rea.

Now detectives want access to McIntyre’s recorded recollection of his own IRA activities as part of investigations into alleged terrorist offences stretching back more than 40 years.

A subpoena seeking copies of his interviews was served on Boston College by the British government.

The move involved an ILOR setting out alleged offences being investigated, including a bomb explosion at Rugby Avenue in Belfast in 1976, and membership of a proscribed organisation.

Although the tapes were released and flown from America, they have remained under seal within the court pending the final outcome of the the legal challenge.

McIntyre, who is from Belfast but now lives in the Irish Republic, was seeking to judicially review the PSNI and Public Prosecution Service (PPS) for issuing an ILOR his lawyers claim is littered with inaccuracies.

They insisted that he was the victim in the bombing, and that he was acquitted of the membership charge that features in the ILOR.

The ILOR should have been withdrawn because of the amount of errors within it, McIntyre’s barrister claimed.

However, judges held the flaws were not material to the request. Dismissing the challenge, they ruled that there was no breach breach of Article 8 of the European Convention on Human Rights.