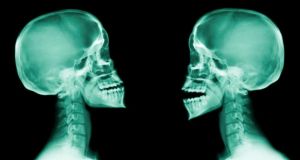 More than 70 per cent of all personal motor cases assessed by the Personal Injuries Assessment Board from January to June 2018 were related to whiplash. Photograph: Peter Dazeley/Getty

Victims of whiplash were awarded an average of just over €20,000 in the first six months of 2018 for the pain and suffering they experienced following a road traffic incident and to cover the cost of medical expenses and loss of earnings, new figures show.

Data is to be released on Monday on whiplash – a soft-tissue injury to the neck or upper back – by the Personal Injuries Assessment Board (PIAB) for the first time follows a recommendation made by the Personal Injuries Commission to make the information publicly available. The commission had found that the average amount paid out in Ireland for whiplash was 4.4 times higher than for similar injuries in England and Wales.

Some 4,500 awards made in the first six months of 2018 were considered for the PIAB study.

Former president of the High Court Nicholas Kearns warned in September that compensation for personal injury claims in Ireland was among the “most generous in Europe” with a high risk of abuse because the risk of prosecution for fraudulent claims was “virtually zero”.

Victims who suffered injuries which did not involve whiplash were more likely to receive higher compensation. The average payment for injuries not classified as whiplash was €27,386 in the first six months of the year. This increase in payment is most likely because non-whiplash related injuries involved fractures or more serious injuries, noted the PIAB.

The average total award for all motor cases assessed by the PIAB in the first six months of 2018 was €20,472 in general damages and €2,326 in special damages.

While the PIAB regularly publishes data on personal injuries compensation in Ireland, it does not have information on private settlements between insurance companies and claimants and has called for the publication of further data by the industry and other relevant bodies.

1 Trump turns to bible for photo op as DC burns around him
2 Covid-19: Easing of restrictions ‘unlikely’ to be speeded-up
3 Today expected to be hottest day of the year so far
4 Coronavirus: Public urged to stick with ‘tough’ restrictions to allow phase two proceed next week
5 Body of missing five-year-old recovered from Lough Mask, Co Mayo
Real news has value SUBSCRIBE