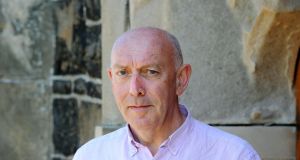 Two of Northern Ireland’s former top police officers have rejected the idea of a cross-Border agency to catch those responsible for the torture of Quinn Industrial Holdings director Kevin Lunney.

The retired officers have raised concerns about the difficulty of policing rural areas on the Northern side of the Border, which, one said, was “still not a normal policing environment”.

The other said that cross-Border criminal gangs had been permitted to operate “unabated” during the peace process.

QIH, the Cavan/Fermanagh-based business targeted in attacks for several years, and Fianna Fáil leader Micheál Martin have called for a cross-Border taskforce or multiagency to tackle increased crime in the area.

Alan McQuillan, a former assistant chief constable in the RUC and Police Service of Northern Ireland (PSNI), said a new agency would take too long to establish and that more co-ordinated cross-Border police operations involving several agencies, including the Garda Síochána and the PSNI, were urgently required instead.

A new cross-Border agency would require legislation, which would be time-consuming, he said.

“It would take time to form and time for them to get on their feet. You are looking at three years before anything starts to happen. We need things happening in the next two months,” said Mr McQuillan, who established Northern Ireland’s now defunct Assets Recovery Agency.

Peter Sheridan, a former RUC and PSNI assistant chief constable, said that threats made policing “much more difficult along the Border” and prevented officers being “up front and personal” as gardaí could be.

“There are no ‘no-go’ areas, but if you are in places along the Border, it will not be two officers in a car; you will still need the double-vehicle patrols,” said Mr Sheridan, who is from Enniskillen, Co Fermanagh.

The PSNI was still not accepted by local people in some republican-supporting parts along the Border, said the former assistant police chief.

“It is still not a normal policing environment along many areas of the Border. People have to be honest: it is not like policing in Cavan to police in Crossmaglen, ” he said.

The September 17th kidnapping and sustained attack on Mr Lunney has put a spotlight on policing along the Border and forced the Garda and the PSNI to send additional police and resources to the region in response to the escalation in the years-long campaign of intimidation and violence against QIH properties and executives.

The 50-year-old businessman was abducted outside his home in Kinawley, Co Fermanagh, near QIH’s head office in Derrylin and brought across the Border to Co Cavan where he was tortured by a gang who warned him to resign from QIH or be killed.

Minister for Justice Charlie Flanagan on Thursday called for the “culture of omertà” or silence in Border areas “to be cracked” saying that the Garda needed intelligence to gather evidence to prosecute those responsible.

Mr Sheridan said intimidation in the Cavan-Fermanagh area made it difficult for police to find witnesses who would speak, particularly when local priest Fr Oliver O’Reilly had expressed concern for his own safety.

“Be realistic about it: who in Kinawley or Derrylin, even if they saw something, are going to be willing to write out a statement and say what they saw given what is happening to the directors in QIH?” he asked.

Mr McQuillan said criminal gangs making money from cross-Border smuggling and other criminal activity have been “allowed to continue unabated as part of the post-peace process background” and emboldened criminals to “a point where it is now needed to be addressed urgently”.

“These people believe that they are running the country, not the Government,” he said.

He believes that a co-ordinated operation involving police and other agencies from North and South – similar to the 2006 operation against former Provisional IRA chief of staff Thomas “Slab” Murphy that led to his conviction on tax offences – could have “a significant impact” against those responsible for the QIH attacks.