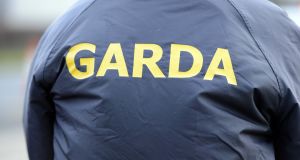 A man gardai believe has been importing the dolls for sale to others has been targeted in the latest round of Operation Ketch. File photograph: Eric Luke / The Irish Times

Some child sex dolls have been seized by the Garda which now plans to pursue people it believes have purchased them.

An importer and distributor of child sex dolls was among suspects targeted at over 30 addresses in a series of Garda searches aimed at those possessing and distributing images of children being sexually abused.

A total of 32 addresses were searched under warrant in 12 counties. Child sex dolls were first found by the Garda during the second day of action under Operation Ketch.

A man gardaí believe has been importing the dolls for sale to others has been targeted in the latest round of Operation Ketch.

“One of the searches targeted an individual who is suspect for selling and facilitating the online distribution of child sex dolls,” the Garda said in a statement.

“This person was arrested at the relevant location and was subsequently detained before being released, pending an investigation file being prepared for forwarding to the Director of Public Prosecutions. ”

Operation Ketch is a dedicated Garda investigation which establishes the internet protocol (IP) addresses through which images of child sex abuse are being viewed online.

The internet protocol addresses are linked, after subsequent Garda investigation, to physical addresses. Gardai then apply to the courts for a warrant to search those properties.

Three periods of action, each over several days, under Operation Ketch have been carried out this year.

In February 38 addresses were searched and in July a further 35 searches, targeting another group of suspects, was carried out. The latest searches, which took place between last Thursday and Monday, bring to 105 the number of searches carried out under Operation Ketch this year. The total number of suspects targeted is also in excess of 100.

During each search mobile phones, computers and other electronic devices have been taken by the Garda for examination with a view to gathering evidence to ground a prosecution.

The operations have been conducted by the Online Child Exploitation Unit (ONCE) at the Garda National Protection Services Bureau (GNPSB) under Det Chief Supt Declan Daly.

“The Garda Síochána wishes to reassure the public, through operations such as Ketch and other ongoing work undertaken by the Online Child Exploitation Unit, at the Garda National Protective Services Bureau (GNPSB), that they will continue to relentlessly pursue those involved in the possession, importation and distribution of child abuse material and who pose a danger to children within our communities,” Mr Daly said.

Garda sources said they believed nobody in the Republic had ever been charged in relation to the possession or sale of child sex dolls.

The same sources believed the dolls were illegal but accepted any attempt to prosecute would likely be challenged in the courts.

Garda sources said child sex dolls were not specifically prohibited but they believed the dolls were covered by the legislation framed 20 years ago.

A small number of child sex dolls have been seized since the first doll was discovered by Revenue’s Customs officers in July, 2017.

A query submitted to Garda Headquarters seeking clarity on whether the dolls were illegal in the Republic was yet to be answered on Tuesday night.