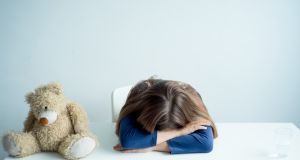 The foster care system needs to be robustly supported to ensure the safety of children, according to the Irish Foster Carers Association.

The organisation’s chief executive Catherine Bond called for a full investigation into the case of three children abused in a foster home in Co Galway.

Each individual child’s story needs to be fully investigated to ensure such a case does not happen again, she told RTÉ’s Morning Ireland.

Keith Burke (29) was recently sentenced to seven and a half years in prison, with a year suspended, after he was found guilty of raping the then three foster children between 2003 and 2007.

All three girls were under 10 years of age at the time.

The victims waived anonymity so the perpetrator could be named, their case was highlighted in an RTÉ Prime Time Investigates story on Tuesday night.

Ms Bond commended the victims for coming forward to tell their “harrowing” story. She expressed surprise that other children had been allowed remain in foster care in the home when the first girl came forward with a complaint which was deemed “credible” at the time.

“A full risk assessment should have been carried out.”

Ms Bond said a risk assessment on Burke should also have been carried out and she warned that other children could come forward. Greater checks needed to be carried out regularly and on a sustained basis, she said, but there are not enough social workers to do this job. “The system needs to be robustly supported.”

Meanwhile, the chief executive of the Dublin Rape Crisis Centre said some children who make claims of sexual abuse are not being taken seriously.

Noeline Blackwell also called for changes to the prosecution service and to the way in which children are treated when they make a report of abuse.

“We don’t take children seriously enough. We don’t know how to hear them. There must be better ways to hear them. We have to better listen to children and what they say even if it is not verbally,” she told RTÉ’s Morning Ireland.

Ms Blackwell asked if Tusla, the Child and Family Agency, was properly equipped to make “proportionate” decisions to ensure children are removed from abusive situations.

She warned that there may be other cases similar to the Galway case.

“These women, these children are heroes,” she said of the three victims.

She said the case raises issues about the justice system and concerns of people who reported abuse but did not have their claims followed up.