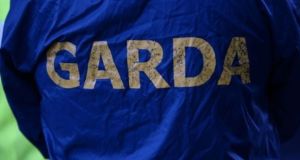 A homeless man charged with the murder of a Romanian man last week in a park in Tallaght is a “serious flight risk”, Tallaght District Court heard this morning.

Anghel, of no fixed abode, is charged with murdering Ioan Artene Bob at Sean Walsh Park, Tallaght, on April 13th.

He is also charged with failing to appear at Tallaght District Court on December 22nd, 2017, and is accused of stealing clothing worth €69 from Debenhams, The Square, Tallaght, on July 12th, 2017.

Mr Bob (49) died in Tallaght Hospital a week ago after he was found seriously injured but alive in Sean Walsh Park by a passerby. The emergency services were alerted. He was treated by paramedics before being taken to Tallaght Hospital.

Mr Bob had lived in Ireland for the last three years. He worked in construction and had a partner and a son aged eight in Romania.

On Friday, Anghel appeared in custody before Judge McNamara dressed in a black hoodie, with short black hair and a prominent black beard.

Sergeant Shay Palmer told the court that he arrested Anghel at 10.16pm on Thursday night in Tallaght Garda Station on foot of a bench warrant. He said that at 12.20am on Friday morning Anghel was charged by Sergeant Brian Norton with the new charge.

He said Anghel replied “no” to the charge.

Sgt Palmer added that as Anghel was charged with murder, bail was not available in the District Court.

Judge McNamara noted that Anghel had taken a bench warrant on December 22 last from Tallaght Court on a summons of theft.

He added: “I believe he is a serious flight risk given the nature of the charge”