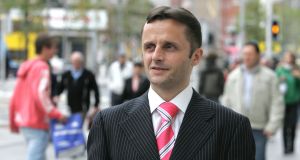 Special Rapporteur on Child Protection Geoffrey Shannon who submitted a report to the Cabinet on Tuesday. Photograph: The Irish Times

Claims of historic child abuse should be examined by specialist forensic investigators independent of Tusla, the child and family agency, the Special Rapporteur on Child Protection has recommended.

A final decision on the veracity of claims would then fall to an independent forum.

In cases where an allegation is found to have substance, Tusla would only then be permitted to share information pertinent to a formal investigation.

Mr Shannon’s recommendation follows the recent criticism of Tusla’s involvement in the Maurice McCabe controversy. They form one aspect of his broader 300-page 2018 report which was put before Cabinet on Tuesday and which addresses various areas of required law reform.

At the recent Disclosures Tribunal Mr Justice Charleton was highly critical of how Tusla had dealt with false allegations of sexual abuse relating to Sgt McCabe.

The allegations were never made against him but were attached to his name in error. As a result, an investigative process into him and his family was commenced by Tusla.

In a statement last October the agency said retrospective cases of abuse “are particularly challenging and Tusla has consistently and publicly stated that to support the agency in meeting its obligations, the area needs legislative reform”.

The process by which retrospective inquiries are conducted could also be relevant to any allegations that may arise from historic abuse in Scouting Ireland.

An ongoing internal review into that organisation has identified 317 alleged child victims and 212 alleged abusers. Those figures are expected to increase.

The procedural reform envisaged by Mr Shannon would create a robust approach to allegations offering protection to all parties.

“Where claims are not substantiated, the information should not be permitted to be shared. This process would balance carefully the duty to protect unidentified children from any risk with the rights of the alleged abuser - ensuring a comprehensive investigation and fair procedures in any substantiation hearing,” he wrote.

In what is now his 11th annual report to the Oireachtas, Mr Shannon also calls for a “stronger relationship” between garda and Tusla - particularly in the area of interviewing alleged victims - and suggests forensic investigators examining retrospective claims also work closely with prosecutors.

“If these specialist teams have conducted interviews with child victims, adult victims or the alleged perpetrator, these may assist greatly in any criminal investigation,” he wrote.

“Critically, for the child and adult victims, the risk of repeat and multiple interviews would be decreased - reducing the trauma that can be caused from same.”

His suggestions to Government are among a number of areas identified under the 1991 Child Care Act in need of reform.

In relation to Tusla investigations of abuse claims, Mr Shannon said significant challenges had arisen regarding its policy approach, “in particular, the complexity for social workers of being both the assessor and the adjudicator”.

Regarding historic or retrospective claims, he notes that where no immediate risk is posed to children from the alleged abuser Tusla must weigh up the veracity of the claim before it can share any information with third parties. However, this is a “complex process” and one in which Tusla staff can be stymied by limited powers of compellability.

“It is recommended that the assessment of whether or not a complaint is substantiated in respect of retrospective allegations of abuse should be carried out by specialist teams of forensic investigators,” his report notes. “These investigators would have a separate role and function to Tusla social workers.”