A pig’s head, burnt-out vehicles and punishment beating: The persecution of Quinn executives 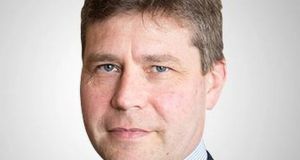 Security sources have described the attack on businessman Kevin Lunney as a throwback to the era of Provisional IRA punishment beatings. They added that even in the context of those paramilitary attacks the beating and torture of Mr Lunney was on the upper end of the scale.

The attack is a serious escalation in the violence directed at senior executives now running some of the companies that were formerly part of the empire run by businessman Seán Quinn.

Mr Lunney had been subjected to a violent attack earlier this year, and for more than five years now there has been serious intimidation directed against the group executives running Quinn Industrial Holdings (QIH).

One threat against executives, made in May of this year, warned a “permanent solution” would be found for one of them if certain business decisions taken by Quinn Industrial Holdings were not reversed.

Even before the continuing campaign against QIH began in January 2015, other companies buying former Quinn Group assets were also attacked.

Sources familiar with the campaign of violence and intimidation against QIH directors and assets believe there had been in excess of 70 such incidents since the start of 2015. Some have taken the form of online harassment via social media accounts and websites apparently established for that purpose.

The final financial restructuring of QIH occurred in December 2014, and the following month the first criminal damage attack against the company occurred: a lorry parked at Derrylin cement works, Co Fermanagh, was burned out.

Gardaí and the PSNI believe the violence has been carried out by experienced criminals, whose modus operandi suggests paramilitary experience. The police forces believe those responsible are unhappy that Seán Quinn – who has condemned the violence – is no longer running the businesses and deeply resent those who have assumed the main management roles and were formerly a young executive team that worked for Mr Quinn.

As well as the lorry being burned out in January 2015, a pig’s head was also dumped at the home of a company director that year and a can of petrol and matches, alongside threatening graffiti, was found at a group wind farm.

In 2016, equipment was damaged and corrosive substances were poured in tanks at Swanlinbar quarry, Drumod, Co Cavan. Just after that incident roadside signs naming company directors as “traitors” were erected close to a company premises.

In March 2016, three bullets, a funeral wreath and warning note addressed to workers for a contractor working for the company were sent to the contractor. Another sign placed at the entrance to a company office carried the warning: “Remove UDA and UVF off our mountain or face the gun.”

In the second half of 2016 there were repeated attacks on equipment at Gorthmullen quarry, Co Fermanagh – sand and corrosive liquid were poured into the tanks of machinery.

Over a number of months in 2017 roadside signs were erected with warnings to named contractors or executives, and in May 2018 a family member of a Quinn Industrial Holdings group executive was assaulted.

Last November a family car parked outside the home of Tony Lunney, a senior manager at QIH, was set on fire in Ballyconnell, Co Cavan.

In February of this year Kevin Lunney, the same executive now recovering in hospital after his abduction ordeal, was assaulted in a cafe in Co Cavan. He suffered a broken nose in the attack, while his colleague was scalded by the same attacker with boiling water. QIH have long complained at what they see as a lack of progress on the part of the Garda and PSNI in investigating the crimes.

Other companies were also attacked before QIH assumed the role as main targets from the beginning of 2015.

In February 2014, vandalism occurred in Co Down and Co Cork targeted at the Lagan Asphalt company which cost about €1 million worth of damage to equipment. Its sister company had acquired the Quinn Rooftiles business in Derrylin. At that point, similar attacks had been occurring for a number of years against other companies perceived as benefitting from the former assets of the Quinn Group.