Counties with the lowest number of pubs per person revealed

Barstool stats: How many pubs has your county lost in the last 12 years? 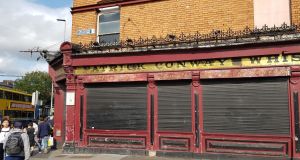 Dublin has the lowest number of pubs per capita of any county in the Republic, figures show.

The total number of pub licences issued in the city and county of Dublin in 2017 was 773, down 1.7 per cent in 12 years, from 786. Coupled with the most recent census figures, the numbers show that there is currently one pub per 1,743 people.

In other words, if every man, woman and child in the county went to the pub at the same time, there would be 1,743 people at each premises assuming the population was distributed evenly across all pubs in the county.

Cork - the county with the largest number of pubs at 915 - has one for every 593 inhabitants. Limerick has 547 people for every pub and Galway 541.

The licence numbers above, provided by the Drinks Industry Group of Ireland (DIGI), refer to pubs specifically and exclude other categories, such as off licences and hotels.

All counties saw a decrease in pub numbers, with areas outside Dublin experiencing the largest fall. The most significant decrease was in Limerick (-25.5 per cent), followed by Cork (-25.1 per cent) and Leitrim (-24.3 per cent).

In the same 12-year period, off licences saw an increase of 11.8 per cent, while licences for wine-only bars and restaurants were up 3.1 per cent.

Commenting on the findings last week, Padraig Cribben, chief executive officer of Vintners’ Federation of Ireland said the overall decline in pubs was a worrying statistic. “These pubs are small businesses, mainly in rural Ireland, that provide significant employment and continue to create jobs in local communities,” he said.

“In Mayo alone, hospitality and drinks businesses enable 4,095 jobs while in Donegal, there are 368 pubs and 7,445 jobs supported by the industry. This demonstrates the scale of employment that this sector creates rurally.”