Michael Harding: The beloved is like wine. And I want to be drunk all the time 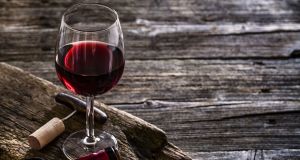 The only time I ventured out to that shed was when we couldn’t find the bottle opener and I knew there was another one out there. Photograph: iStock

There is a chestnut tree in the garden which a friend gave us as a wedding gift. It was a sapling back then, but has grown tall. Last year the friend died in his sleep and during the summer I could sense his presence near the tree. As if he were sitting there, as he often did, smoking loose tobacco and gazing at the lake.

Not that he would sit outside in winter. But I still remember him with great affection, even now. And last week, I used a clippers to prune some beech shrubs near the chestnut, which I hope will grow stronger in the spring.

Doing garden work in winter is never a good omen for my mental health; it usually indicates adverse changes in the interior weather.

And recently I start clinging to the beloved.

It’s not just that I miss her when I go to places far away, like Warsaw or Kilmallock; but I get so obsessed that I don’t even like going out to my studio for half an hour without her.

The beloved is like wine. And I want to be drunk all the time.

The sisters from the convent in Minsk drink some wine now and again. They arrived before Christmas with a beautiful icon, which now hangs in the studio with all the other icons. In fact there are so many holy images on the walls now, that the General refuses to cross the threshold.

I was expecting that the icons would be my refuge during Christmas. If the parties got too hectic, or if I got too bloated with puddings, or even if gazing at the Christmas card with the kangaroos began to depress me, then I could fly away to my studio and be alone with the holy images and all might be well; or so I thought.

In fact I hardly darkened the door of the studio for a month. Which is to say that I had a great Christmas. I relished all the visitors, the long conversations into the night, the arguments over politics, and the trash on Netflix.

The only time I ventured out to that shed with double-glazed patio doors at the end of the yard which I call “the studio”, was when we couldn’t find the bottle opener and I knew there was another one out there. To be honest, I don’t do much talking to God if there is even the slightest prospect of alternative company.

As I stepped inside the studio door I was aware of the icon; the calm face of Jesus, the Christ of Sinai, gazing down at me from the wall.

I avoided switching on the light. I could see my path with the help of an iPhone but I didn’t want to be judged by that radiant face. I didn’t want to feel guilty, just because I was going to open another bottle of wine.

As I pulled out the drawer to get the bottle opener, he spoke; a whisper audible only in my head.

“You shouldn’t be drinking so much after having a heart attack,” he said.

I looked up at him. His two big eyes beneath the golden halo observing me with a mixture of judgment and compassion.

“It might be time you went back in your box,” I suggested.

Because sometimes I hide the icons from myself. I strip the room bare, place them in their boxes and stack them all in the bookcase.

After all I’m a writer not a monk.

I live with the beloved. My cloister is the bedroom, my hymns are little cries of intimacy.

And icons are useful only up to a point. They are comforting on dark nights; a buttress against depression, a consolation in every grief. And my refuge in times of trouble is a monastery of the heart, where silence is the only language and the icons awaken the mythic core of being.

Last week the decorations were finally put away. I went to the studio and lit the stove and reclaimed the icons from the bookcase and hung them once more on the walls. I sat listening to monks chanting on Spotify as the eco-logs in the stove belched with mysterious gases.

I even went into the garden with Rachmaninov’s Vespers in my headphones, to examine the bare chestnut tree for any damage caused by winter storms.

The tree is surrounded by woodland, but in that moment it seemed utterly alone, as if it were still waiting for its beloved to return again with new primroses.