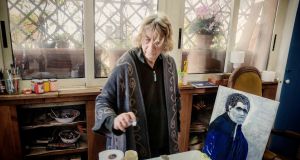 For the past 15 years or so, Lorenza Mazzetti focused on painting landscapes and portraits of the Einsteins and other family members as she remembered them from her childhood. Photograph: Eva Krampen Kosloski/The New York Times 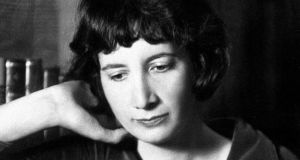 Lorenza Mazzetti, who as a child in Italy survived the wartime killings of her caretaker family by German soldiers and went on to help create an influential British film movement and write a prizewinning novel based on her experiences, died on January 4th in Rome. She was 92.

The death was confirmed by her twin sister, Paola Mazzetti.

Mazzetti’s work spanned film, television, painting and book-writing; she even ran a popular puppet theatre in Rome’s Campo de’ Fiori neighbourhood in the 1980s. Her searing experience in World War II shaped her most acclaimed book, Il Cielo Cade (1961), a bestseller that won Italy’s prestigious Viareggio Prize. It was published in English the next year as The Sky Falls.

As children, she and her sister were placed in the care of her aunt Cesarina Mazzetti and her husband, Roberto Einstein, a cousin of the physicist AlbertEinstein. The cousins had grown up together in Germany. When Albert fled Germany in 1933, settling in the United States, Roberto remained in Italy, where he had gone to study and had started a family.

As the German army was retreating from Italy, soldiers searching for Roberto and seeking retaliation for Albert’s move to America came across the Einstein family villa near Florence. Roberto had already fled to the hills, but his wife and daughters, accused of being spies, were shot dead on August 3rd, 1944.

Lorenza and Paola were spared because their last name wasn’t Einstein and they weren’t Jewish. Roberto committed suicide a year later.

After the war, Mazzetti travelled to England to seek her fortune. Deciding she wanted to become an artist, she showed up the Slade School of Fine Art in London in 1951, a day before the autumn semester was to begin.

She often recounted the story of how she had thrown a fit when an administrator told her that she had arrived too late to enrol in classes that year. “‘Next year, I will be dead!’ I started screaming. ‘I want to talk to the director,’” Mazzetti said in an interview in 2009 (later published in Luma, a film and media arts quarterly).

The school’s director, the artist William Coldstream, walked in. After he looked at Mazzetti’s work, he told her to come to class the next morning. Her instructors included Lucien Freud, the painter and grandson of Sigmund Freud. She spent two years at Slade, going to classes twice a week.

Film, however, had captured her imagination. Without telling her professors, she used Slade equipment to create an adaptation of Franz Kafka’s novella The Metamorphosis.

When Coldstream found out what she had done, he threatened to expel her – but first he showed the film to his friend Denis Forman, the director of the British Film Institute.

Forman liked it so much, he gave Mazzetti money from the institute’s Experimental Film Fund so that she could continue making movies.

“She was a very respectable, responsible person, certainly not a thief,” actor Malcolm McDowell said in Because I’m a Genius!, a 2016 documentary about Mazzetti. “If you’re a young filmmaker, you get films started any way you can.”

One night Mazzetti and three friends – filmmakers Tony Richardson, Karel Reisz and Lindsay Anderson – got together at a cafe where she was working as a barista. There, on a table, they wrote a manifesto, pledging to produce creative, innovative cinema. “No film can be too personal,” they wrote. “The image speaks.” They added: “An attitude means a style. A style means an attitude.”

The Free Cinema movement was born, bringing the four filmmakers attention and eventually shaping the British New Wave of cinema of the late 1950s and ’60s. Richardson went on to direct the Academy Award-winning movie Tom Jones (1963); Anderson’s film If… (starring McDowell) won a Palme d’Or at the Cannes International Film Festival in 1969; and Reisz’s Saturday Night and Sunday Morning (1960) propelled Albert Finney to a major career.

Mazzetti’s contribution to the movement was Together (1956), a short black-and-white film she directed about two deaf-mute dockworkers in London. One of them was played by her friend Eduardo Paolozzi, who went on to become a major 20th-century sculptor. Together was chosen to represent England at Cannes in 1956.

Lorenza Mazzetti was born on July 26, 1927, just outside Florence, to Corrado and Olga (Liberati) Mazzetti. Her father was a minister. Her mother died of complications after childbirth. By the time the twins were 7, their father had given them to his sister and brother-in-law to bring up.

After receiving the Cannes award, Mazzetti returned to Italy to be with her sister in Rome. She helped write and direct films for the screenwriter and film theorist Cesare Zavattini and then worked as a television reporter, but she became frustrated at being given news stories that she didn’t see as serious, she said in the 2009 interview.

With encouragement from Zavattini, Mazzetti tried writing, turning her wartime experiences into thinly veiled fiction in The Sky Falls, which was translated into German, Spanish, Portuguese and French. A film version was released in 2000 starring Isabella Rossellini as Mazzetti’s aunt.

“Writing that book saved my life,” Mazzetti said. “I wasn’t eating. I was crying. I was so angry. Writing helped me deal with what was going on in my head.”

She wrote several other novels and memoirs, including London Diaries (2014), which recounted her time in England in the 1950s.

In the 1960s Mazzetti married Bruno Grieco, a journalist and the son of an Italian Communist Party founder. They divorced, and she married Luigi Galletti, a doctor who had fought against the fascists in Italy. He died in 1999.

In addition to her sister, who is an artist, author and art therapist, Mazzetti is survived by a niece, photographer Eva Krampen Kosloski.

For the past 15 years or so, Mazzetti focused on painting landscapes and portraits of the Einsteins and other family members as she remembered them from her childhood. A show of the portraits, titled Album di Famiglia – Diary of a Girl During Fascism, was exhibited in Israel, France and Germany.

“I want people to remember the war and my uncle and his family and what happened to them,” she said. “If my art helps people remember, that is enough for me.” – New York Times