I have been increasingly fielding questions about marriage 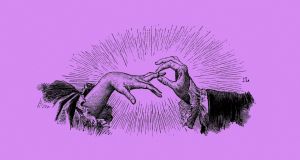 I have been increasingly fielding commentary and questions about marriage. Illustration: iStock

“We’re not married.” She volunteers this information through a face that has arranged itself into a sort of pre-emptive apology; a grimace declaring that the information, while necessary, might cause me some pain. I recognise the gesture. After a few years of trying to successfully navigate this territory myself, as an unmarried person in a long-term relationship, I sympathise with this woman.

Here she is at our first meeting to discuss work, feeling compelled to explain the intimate details of her life choices to me. This is evidently something she’s accustomed to doing. “I find it’s better to just say it first,” she says. “Otherwise, once people hear how long we’ve been together they just ask outright why I’m not married and it’s really awkward.”

While women are still expected to wait to be asked, men are pressured about asking as though the responsibility for doing so lies solely on them

I expect the usual when I meet new people, especially through work or mundane daily tasks. These meetings are brief, perfunctory and conducted on autopilot. Four eyes squint blindly past one another, and two lives continue to play out having missed the opportunity to briefly intersect in an honest and meaningful way. Don’t get me wrong – sometimes the opportunity just isn’t there. Some people are pathologically unfriendly, or dull, or talk about their back pain to complete strangers. A friend of himself’s used to come over to our house and fart audibly into our (beige) sofa without apology. Most social interactions aren’t overtly bad, though. They’re just bland and engaged in solely for the purpose of utility.

This conversation is different. It is one of those pleasantly surprising ones, and we are an hour in, having neglected to talk about work at all, when the marriage thing comes up. I beg her not to feel the need to explain herself. Having just hit the six-year mark with himself, and very happy about it (he smells lovely, makes a frankly excellent cup of tea and doesn’t tolerate a jot of my nonsense), I have been increasingly fielding commentary and questions about marriage. Or, I should say, we have.

I had been operating under the belief that all this is much tougher on women; that we are the victims of much harsher, though equally unjustified judgment when we get several years into a relationship and remain unmarried. It turns out that this isn’t really the case, in heterosexual couples at least. While women are still expected to wait to be asked (whether they want to get married is apparently not a relevant factor), men are pressured about asking as though the responsibility for doing so lies solely on them, and as though they are robbing a female partner of something to which she is entitled.

Clearly, we should all just do what we find most fulfilling (with the exception of public flatulence)

This idea that an unmarried woman is a victim of her male partner’s indecision (or decision) is patronising to both men and women. It suggests that women lack agency and that men should decide when, if ever, is best to suggest marriage. It is true that there may be some judgment of a woman who proposes to a man (mostly by certain relatives with Guinness moustaches chuckling ‘We know who wears the trousers in that house, ha?’), but there is always judgment anyway. Of whether you are married, or when, and later, of whether you have children, or when.

In truth, most women I know don’t want to do the asking – we cannot be victims when we have the freedom to articulate our wishes but choose not to for whatever reason, be it fear of judgment or a desire to have our unspoken wishes intuited.

I don’t know this woman’s circumstances, but I feel for her. When someone asks you such a personal question, somehow you are the impolite one for pointing it out. Less polite even than someone who casually farts into other people’s sofas. Clearly, we should all just do what we find most fulfilling (with the exception of public flatulence). The questions will come regardless; the best use of our energy is probably in teaching ourselves to care less about what others think.