Ireland’s visa delays: ‘We wouldn’t have come here if we knew’

New to the Parish: Charissa Jaganath arrived from South Africa in 2018 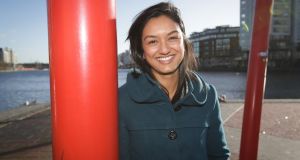 When Charissa Jaganath arrived in Dublin in June 2018 she hoped to find a job quickly. Leaving behind her position as head of the corporate responsibility division at one of South Africa’s largest consumer goods companies, she was optimistic about her prospects when her fiancee was offered a job in Ireland. She never imagined that eight months later she would still be waiting for a job permit.

“I really didn’t think it would be as difficult as it has been. I thought I’m well-qualified, I’ve got professional experience, surely it won’t be that hard to find a job. I knew it wouldn’t be immediate but given that Ireland is going through this wonderful economic boom, I thought there should be ample opportunity for someone like me who genuinely wants to add value.”

Born and brought up in the city of Durban on the east coast of South Africa, Jaganath’s parents worked hard to ensure their children had a good education. “I grew up seeing a lot of disparity between rich and poor which is very prevalent in South Africa. I realised when I was very young I was living a life of privilege but that wasn’t the norm for everyone around me. I wanted to use what I had to help in my own little way.”

Jaganath studied environmental science at undergraduate and master’s level and went on to work as an environmental consultant. She later worked for a couple of NGOs while studying an MBA before moving into corporate responsibility. In early 2015 her fiancee was offered a position at a large auditing firm in Dublin.

Jaganath began researching jobs in Ireland but without confirmation of an Irish work visa, her applications were rejected. “Even though we knew three months ahead that we were going to Ireland I, couldn’t apply in advance for jobs. I would have loved to apply for the Stamp 3 while my fiancee was applying for Stamp 1 but the system didn’t allow me to do that. I had to be in the country.”

Jaganath read online that her visa would take up to six months to come through after arriving in Ireland. However, she did not realise the Stamp 3 would not entitle her to work. The Stamp 3 permit is given to non-EU nationals who join their non-EU spouse or partner legally working in Ireland. The visa does not allow holders to enter the labour market but does allow them to apply for work. If offered a job, they can apply for a Stamp 1 work permit.

Ireland is one of the only countries in the EU which does not allow spouses or partners of highly skilled workers to have direct access to employment.

As a South African national, Jaganath was given a three-month tourist visa upon arrival in Ireland and immediately applied for her Stamp 3. After three months she contacted the Department of Justice requesting that it extend her tourist visa until her Stamp 3 was approved. Instead she was given a temporary Stamp 3 visa which allowed her to begin applying for jobs. She quickly discovered that many employers misunderstood the system and believed Stamp 3 holders could not apply for work.

“I encountered a couple of employers who had no idea what a Stamp 3 meant. I went for a job interview and they said I’m sorry, we can’t employ you, we only take people on Stamp 4 and Irish citizens.”

In November Jaganath interviewed for a managerial role with an organisation in Dublin and was offered the position. Only then could she apply for her work permit which she was told would take 10-12 weeks to be issued. Fortunately, the company agreed to wait until February when the permit was expected to come through.

In early January, seven months after arriving in Ireland, Jaganath received her official Stamp 3 visa. She checked the status of work permit application on the Department of Business, Enterprise and Innovation (DBEI) website but found that the large volume of applications had pushed the wait to 14 weeks. When she explained the situation to the company waiting to hire her, it said it would have to reconsider the job offer if the permit did not arrive by mid-March.

“I completely understand where they’re coming from as an employer. I wrote to the DBEI to tell them my job was potentially at risk and got an automated email response to say they process applications strictly in the order they’re received.”

The system is crippling Ireland’s best intentions. This country wants to draw the most talented people here but if you have a family, the system doesn’t work

Jaganath feels frustrated by the delays she’s experienced in securing the right to work in Ireland. “Coming from South Africa, where things run very slowly and inefficiently, I did not expect it to be the same here. We came to Europe and thought things would be easier. To find that Ireland is one of the only countries in the EU where your spouse is not able to work immediately has been really disappointing. We probably wouldn’t have come here if we knew.

“I’m not by any means an isolated case, this has been going on for a long time. I wish I had done more research before I got here and read more of other people’s stories who were on Stamp 3. The system is crippling Ireland’s best intentions. This country wants to draw the most talented people here but if you have a family, the system doesn’t work.”

Watching her fiancee leave for work each morning without being able to secure a job herself has left Jaganath feeling deeply demoralised. “It’s very challenging to wake up in the morning and feel like I’m not contributing in the way I can. To be at home and not be allowed to work is really difficult. I’m a very upbeat, positive person and I’ve tried to make the most of this situation but I’ve honestly never felt as low as I feel right now.

“If the work permit doesn’t come through in time, we will have to consider leaving Ireland and that means taking our skills away. In South Africa we felt like equal partners because we both were contributing financially. Now I have taken on the roles at home so I’m waking up every morning, making him lunch, cleaning, doing the laundry, buying the groceries and making dinner. And that’s not for me. Nobody should be forced to take on a role that they don’t want or that they don’t feel is fulfilling to them.”

A week of eased restrictions: ‘It’s reopening way too fast’
3