I had an urge to go to Belarus. Fortunately, I had a heart attack

Michael Harding: Booking flights on a whim is dangerous. I’m off to Minsk for a week of monastic living 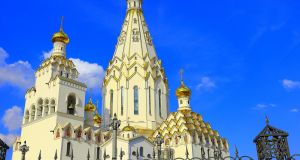 I know it might be offensive to recount the death of a swallow, and in particular the fact that I did nothing to save the little creature. But I suppose we’re all guilty of inaction when the sparks begin to fly.

And it’s not that I actually witnessed his end. I slipped away to make coffee and forgot about him; when I returned the feathers were all over the patio.

He was on the roof tiles. He had just been released from the shelter of his mammy’s wings and was sitting on the ledge, looking like a Cavan man at the rim of a swimming pool before his first jump.

The cat was sitting on the patio table. She’s half blind, but it’s amazing how her eyesight seems to improve when there’s a hint of bird flesh in the air.

Mammy swallow stood beside her baby and I could almost decipher their conversation.

The cat muttered too.

Then the fledging spoke.

“Mammy,” he whispered, “is that a tiger down there?”

“Stop fussing,” Mammy replied. “That cat is as blind as a box of worms.”

And off goes the chick, stretching his wings in the miracle of awakening, and I slipped away and made coffee; unconsciously avoiding the impending disaster. When I returned it was all over. The patio looked like someone had just flittered a fancy pillow.

The regret I felt was overwhelming; I’m too passive in the face of violence. And the world is boiling in violence; young people in Hong Kong ending up in Chinese cages, and Mexicans ending up in American cages, not to mention the pigs in Cavan being tortured in cages.

I get inundated by all this new darkness every time I open a newspaper, and it leaves me immobilised. Which I think is why I keep falling back on religion, in the hope that prayer might scatter my despondency.

After the swallow died in July I got into a fit of praying and did something very rash. I booked a ticket to Minsk in Belarus, and further booked myself into a monastery for a week in August. All because of a little swallow.

But booking flights on a whim is dangerous. I remember one year ending up in a snowy alleyway in Bucharest with a homeless man in a broken-down car, and a young woman in a miniskirt, high boots and a fur coat that seemed like it was eating her alive, all because I had been naive enough to think I might enjoy Christmas in an Orthodox city. I ended up booking an apartment that didn’t exist, rented from a man who didn’t know he existed, and I was lucky to get home alive.

And last winter I had an urge to go east to Belarus for the same romantic delusion of finding peace at an Orthodox Nativity feast; but fortunately I had a heart attack instead so I couldn’t go.

So I clicked the buttons and all of a sudden the deed was done and the money paid; and now here I am in Dublin Airport, trying to find a boarding gate for Riga.

Not only am I stuck on a flight to Riga and then on to Minsk, but I’m facing a week of monastic rations with no meat or wine.

The General laughed when I told him.

“Get a bottle of duty-free vodka in Riga,” he said, “and keep it on your person at all times.”

I said sneaking around a monastery with a bottle of vodka rattling in my hand bag didn’t seem like the right attitude on a spiritual retreat.

“All that incense smoke and fasting can be unsettling,” the General insisted. “You’ll need the vodka to steady your nerves.”

But I decided against the alcohol. I am heading for the boarding gate with just my handbag of internet wires, a phone, a laptop, and a wheelie case with fresh shirts; and I have resolved that if there are any vulnerable young swallows in the monastery, I will not be found wanting in the matter of their protection.

Mental health: How to mind yourself during the shut-down
8