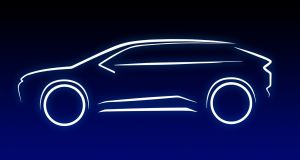 Toyota is to launch its first all-electric crossover, possible arriving towards the end of next year

Toyota is to launch its first all-electric crossover, possible arriving towards the end of next year. While the car giant only revealed a silhouette of the new car, it will be similarly sized to the current Rav4, though it will not carry that model name.

It’s the first of six new all-electric models due to be launched by the company, built on its new electric car platform, developed alongside Subaru. The new platform will provide the foundation for a series of new all-electric plug-in models of varying sizes and can be used in front, rear and four-wheel drive formats, accommodating a variety of battery pack sizes.

Toyota is also continuing to invest in the development of solid-state battery packs. Unlike lithium batteries used at present, solid-state batteries are potentially safer and carry much higher energy densities, which mean much better range for less weight and size.

At present they are much more expensive to produce. However, Toyota engineers believe they can mass-produce electric cars using these new format of batteries by 2025.

That is going to be a landmark year for Toyota, with a target of more than 60 new electrified models on the market, representing 70 per cent of its total sales. By “electrified” the car giant includes its hybrid offerings, new plug-in hybrids, fully electric models and even some fuel cell models powered by hydrogen.

While the Japanese car company has been slow to introduce all-electric models, or even plug-in hybrids, senior engineers and executives say they have a major advantage over rivals from their decades of hybrid development. They claim the research, patents, development and millions of real-world mileage with its hybrid battery packs gives the company a real edge when it comes to electric cars.

According to Andrea Carlucci, head of Toyota’s European product development, the company “is taking a considered, reasoned approach to the introduction of fully-electric models”, one that takes account of when the market and infrastructure is in place to support their everyday use.

Steve Tormey, chief executive of Toyota Ireland said: “We believe there is no silver bullet when it comes to creating a cleaner environment and are relentlessly focused on ensuring we have a wide range of options to suit differing consumer needs and driving conditions.

“Some makes have to have an electrification story, so they do a few EVs or EV concepts and it looks like they are starting down the electric road, whereas we have 20 years behind us of hybrid electrification.

“We need to make sure that rural Ireland can transition easily from diesel to electrification, and not to say ’we don’t care, unless it’s got a plug you’re not included’. Our job is to ensure that every Irish person who wants to drive a car can get an electric solution, and hybrid answers that.”

“But do we factor in another lockdown, we don’t really want to give a prediction as whatever happens the market is going to be unusual next year as well. It could start slowly and then take off. But we don’t see it ending in the region of 80,000, nor up at 130,000.”