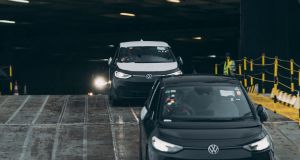 Turnover at the wholly owned Irish subsidiary of the global car giant rose 3 per cent to €766 million for the year ended December 31st, 2019. Profit before tax was €9.16 million, up from €7.8 million the year before.

With its Volkswagen, Audi, Skoda and Seat brands the group accounted for 27 per cent of all new car sales in the State last year, up from 25 per cent in 2018. It also has a 15 per cent share of the commercial van market.

According to a VW Group spokesman, Covid-19 has had a significant impact on the passenger car market, although the company has adapted to the changes across its dealer network, including the introduction of new virtual sales measures. He said the arrival of several new electric models across the group’s brands has had a positive impact. “Our dealers are ‘cautiously optimistic’ of a strong 2021, as are we,” he said.

It paid an interim dividend of €6.6 million to its parent company during the year.