Applegreen says it’s going to offset the emissions of its fuel, but does offsetting actually work? 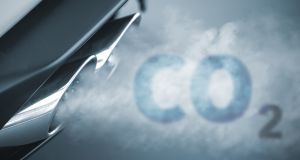 According to Irish fuel retailer Applegreen, you can now have your hydrocarbon cake and eat it

Imagine that you could pull into a fuel forecourt, pump your tank full of liquid hydrocarbons, and drive away secure in the knowledge that you have not contributed one whit to the climate crisis currently enveloping our planet. Wouldn’t that be a good thing?

Of course it would, but it would also be – to most of us – entirely fictional. If you’re burning dead dinosaurs in your car’s engine, then the inevitable, unavoidable, upshot is that you’re going to be emitting carbon dioxide, CO2, and it is the ever-rising levels of CO2 in our atmosphere that is currently triggering the disastrous changes in our climate right now.

Well, according to Irish fuel retailer Applegreen, you can now have your hydrocarbon cake and eat it, so to speak. The company has now added a new fuel to its pumps, PowerPlus, which promises to offset the emissions from exploding it in your engine by promoting carbon reduction projects in Africa, and planting as many as 300,000 new trees in Ireland. So is this genuinely saving the planet? Or just a sticking-plaster for your prickling conscience?

“As a fuel retailer, we feel a responsibility to think and act more sustainably and we are taking steps to address our most material issues, among which are carbon reduction and climate change,” said Joe Barrett, Applegreen’s chief operating officer, told The Irish Times. “For every litre of PowerPlus that is purchased at our pumps, we will offset those fuel emissions and give our customers the opportunity to drive CarbonNeutral,” Mr Barrett said. “This programme accelerates our sustainability journey in line with our transition to cleaner energy including electricity – a key element of the UN’s Sustainability Development Goals.”

Now, this is where there’s just the faintest possibility of there being something real, something tangible in here. CarbonNeutral is an organisation that globally audits carbon offsetting programmes to make sure that they’re actually achieving what they say they will. It works with major corporations such as Microsoft, Logitech, and Sky so there’s a pedigree of some description there.

Applegreen is also working with and Irish charity called Vita, and this is where much of the offsetting work will be done. Vita works in Africa, and tries to achieve carbon reductions on two fronts – cooking and water. By developing a much more efficient wood-burning cooking stove, which can be widely distributed, and which use around 60 per cent less wood to do the same job as an older, simpler stove. 60 per cent less wood means 60 per cent less carbon being burned.

Vita also works on clean water programmes, and this is where even greater carbon savings can be made, simply by fixing and maintaining existing water wells, rather can constantly drilling new ones – each well can be worth as many as 1,000 carbon credits. Applegreen is looking to offset as much as 100,000-tonnes of carbon emissions through these projects.

Vita’s work is closely monitored and documented, as Ciara Feehily, Vita’s head of communications and fundraising, told The Irish Times. “It’s quite a robust process, and an expensive one, which is why it’s taken time for us to launch our products fully. We started in 2015 and went out and raised €2 million to fund the whole project. Our model is a social impact investment fund. So we get in investor money, we build the stoves, we work on clean water projects, we harvest the carbon credits, sell those credits, reimburse the investors and what is left over is then ploughed back into more stoves and more water projects” said Ms. Feehily.

“I could be anyone coming in off the street and saying ‘I have a carbon credit for you.’ I suppose after the Kyoto Protocols the whole carbon industry and emissions trading system was born, and it became kind of discredited pretty quickly. There were a lot of what you might call carbon cowboys around at that time. So the industry had to re-invent and re-build itself. The compliance side, the corporate side, is very heavily regulated now, and so too is the voluntary side that we work in. Our work is registered and certified by a UN-affiliated company based in Switzerland called The Gold Standard, and they really are the gold standard for this side of the voluntary industry.”

So, have we cracked it? Can we fill up with good old jungle-juice and not have to worry anymore? Err, not so fast…

Mike Childs, from Friends Of The Earth says that the problem is that you have to show that the reductions are genuine reductions, and not just things that would have happened anyway. “That’s more difficult to identify than you’d think, because you need to have a crystal ball to identify what will happen without the offset cash” says Childs. “For example, the study for the European Commission basically said most energy-related projects are likely to happen anyway because there is already a strong demand for energy and a market that will pay. And under the international Paris Climate Change Agreement, governments have already pledged to reduce emissions and therefore will need to ensure many of the typical offset projects go ahead anyway, so they won’t be in addition.

“Secondly, the offset project must permanently lock away the emissions. Tree planting is a very popular offset scheme, largely because it’s a lot cheaper than other schemes. But sadly, trees can burn down – just look at the horrendous recent fires – be killed by pests – a university study showed tree deaths by pests in the USA are equal to the emissions of 5 million cars every year – or chopped down to make way for farming, roads, and so on. Don’t get us wrong, we’re all for tree planting at Friends of the Earth. But to be a viable offset project, the carbon must be locked away for thousands of years and tree planting or peatland restoration can’t guarantee this.”

On top of all this, Applegreen’s PowerPlus fuel is a premium product, and so will be more expensive per-litre than the pump sitting next to it. The sad fact is that most of us will just pick the cheaper pump, further reducing any potential good that the scheme will do.

It’s not an open-and-shut case either way. Carbon offsetting, often accused of being nothing more than a fossil fuel fig leaf, can be a force for good, and can – theoretically – genuinely reduce overall emissions. But it’s not an automatic thing – it requires exceptionally careful management and monitoring, and that over a number of years, even decades. We all need to do a lot more to change our motoring habits and uses for the better than simply putting a different fuel into the tank.