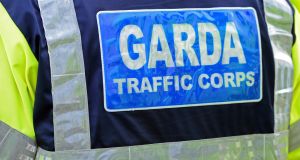 Road safety group Parc said ‘penalty points and fixed charges are a proven deterrent but if they cannot be effectively followed through in the courts, they waste Garda time and undermine public confidence in our legislature’.

The Minister for Transport has decided not to appeal a High Court ruling that found that an aspect of road traffic law was unconstitutional.

The decision has promoted road safety advocates to strongly criticise politicians and Government officials for failing to legislate properly for road traffic law.

Late last year the High court ruled as unconstitutional a law which prevented motorists claiming they had not received a fixed-charge notice.

Ms Justice Úna Ní Raifeartaigh found section 44.10 of the Road Traffic Act 2010, as amended, was unconstitutional as it denied a defendant the right to a trial.

The judge ruled that section 44 infringed the constitutional right to a trial because it did not distinguish between those who chose not to pay a first fixed-charge notice and those who genuinely did not receive it.

She also suggested that giving a District Court judge some discretion in sentencing might ensure that judge always retains a discretion to address the various practical situations which may arise.

During the case David Staunton, for the DPP and State, told the High Court approximately 28,000 prosecutions could be affected by the decision.

In response to queries from The Irish Times, a spokeswoman for Minister for Transport Eamon Ryan said a decision had been taken not to appeal the ruling, and also not to seek to amend the legislation.

In relation to the number of cases affected, the spokeswoman said: “The department has noted the allegation that large numbers of road traffic prosecutions ‘are in doubt’ as a result of the High Court finding that section 44(10) of the Road Traffic Act 2010 is unconstitutional.

“While we understand that there are anecdotal reports of individual cases being affected, the department is not aware of any evidence that a significant number of prosecutions under the Road Traffic Acts have been affected.”

While both admitted holding a mobile phone they argued they had not received the initial fixed-charge notice.

Had they done so, and paid the fine, they would have avoided a conviction, a higher fine and the mandatory five penalty points, it was argued.

While the District Court judge was satisfied neither had received the notice, the State argued he was obliged to convict under section 44.

Road safety group Parc said the striking down of the law was an example of the Oireachtas failing to legislate properly for road traffic law.

“Penalty points and fixed charges are a proven deterrent but if they cannot be effectively followed through in the courts, they waste Garda time and undermine public confidence in our legislature.”