Why do landlords prefer renting to couples, not single women like me?

I’m asked “Just you?” as though a woman looking for a small house is weird 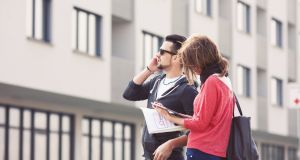 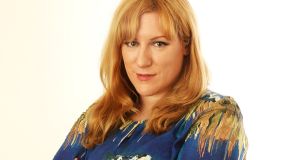 Years ago, it was my job to sift through the demos in a big London record company. It wasn’t unusual to find bribes among the slush pile; CD players, vouchers, offers of dinner, flowers, sweets – clearly, hopefuls would stop at nothing to plamáss someone, anyone, to achieve their dreams.

Funnily enough, I was reminded of them recently, with their mix of hope and desperation, when I went logged back onto Daft (a site, it must be said, that’s gaining a reputation for being just that with every passing day). After a month of dedicated house-hunting, I’m starting to wonder if bribes might be the right way to get forward in the Great Steeplechase of Finding A Place To Live in 2017. Getting a reasonably priced accommodation bargain feels as lofty an ambition as a platinum-selling record.

It shouldn’t have been this way. In fact, the very first house I went to view was a dream number off Clanbrassil Street. A sleepy street, a house with plenty of charm and period features . It was just about affordable too, if I didn’t mind making Pot Noodles a core food group. Was I about to strike it lucky on my first try?

Seemingly not. “Just you?” the owner ventured, repeatedly, as though a single grown-up woman taking on a small cottage for herself was plain weird. He remained unconvinced; possibly reckoning that I make take the spare bedroom and make a killing on Airbnb with it (many ads now make reference to the fact that that house is not suitable for Airbnb use). In the end, the owner went for another party, referencing that ‘they’ seemed a better fit.

In time, this would happen a lot. When landlords and estate agents say that the place would suit a couple, they mean it. (In fact, research by British agents Upad.co.uk) say that two thirds of house owners favour a couple over a single person as tenants.

But a bit of casual singlism would turn out to be the least of my worries. Emails to advertisers would simply go unanswered. Ads, especially those featuring a vaguely desirable property, would live on MyHome.ie for 10 minutes, then disappear from view completely. En route to one viewing, I got a text: “the place has been leased. Good luck with your search.” One friend was told that a two-bed cottage in Ringsend had proved so popular with house-hunters that the monthly rental price was hiked by €200 overnight. She is now hoping to find an affordable place with her husband and a friend.

And of course, the barely believable listings continue to come at a rate of knots. Last week’s hair-raising rental opportunity: a Portakabin in a yard in Drimnagh, for €1300 a month. Keep looking and you’ll find stained mattresses, ‘70s kitchens and more bunk beds than you could shake a rent book at.

Every so often, these ludicrous ads do the rounds on social media; they’re vaguely entertaining, in a voyeuristic kind of way, for everyone but the person looking for a place to live.

Yet for many, actually finding a place they wanted to live in would be the start of their problems. “I was asked to pay a massive deposit into an agent’s account today, but he was unwilling to provide me a lease, keys or anything else for six weeks,” she says. “When I even asked for a copy of the lease he said, ‘we have another 15 people behind you in a queue so we will just go with one of those instead’.”

The goalposts have shifted in other ways: tenants are now required not just to provide bank statements, but also to provide two months’ rent as a deposit. There’s no law to say that this can or can’t be done, but it has somehow become the new normal.

Despite the 4 per cent rent increase cap imposed on rentals in rent pressure zones that was introduced by the government last December, rental prices are still climbing inexorably. In Dublin, rents are up 13.9%, with the average property in the capital costing €1,668 a month.

For some tenants, the 4 per cent increase is a moot point. Some landlords will find a way of circumventing the rule, either by persuading tenants to ignore it, or by holding the possible return of a ‘nephew from Australia’ (a freshly fearsome creature in the Dublin renters’ scene) over their heads.

It’s overwhelmingly a suppliers’ market, but some landlords aren’t happy with the rent pressure zone directive, either. Another friend, an accidental landlord, admitted: “If the market was left to self-regulate, I would have been totally happy to get rent at the level where I break even, all my costs are covered and the place pays for itself. But because of the government interventions, the first chance I get I will up my rent to the absolute maximum to avoid future losses similar to ones I have experienced so far.”

The relationship between landlords or agents and tenants has long been an uneasy one, but now it has spilled over to something more malevolent: something nearing naked hostility and contempt.

Government are paying plenty of lip service towards the situation with their Rebuilding Ireland. Among the plans are to ‘persuade’ residents in nursing homes, living under the Fair Trade deal, to rent out their empty homes. Not sure if ‘persuade’ is the right term; by all accounts, a website where people can anonymously tip off vacant homes is on the cards. Anyway, if you are a person, or a family dealing with dementia, displacement, and missing one’s old life, perhaps deposits, references and phonecalls about the banjaxed washing machine aren’t that great an idea.

To say that things have to change, and fast, is overstating the state somewhat. Meanwhile, my spirit-sapping search for somewhere to live – the combing through ads, the flinching at prices, the niggling awareness that you’ll have to shake of dozens of competitors just to get a look in – continues apace. You might think that wanting a nice, centrally located and reasonably priced home to call your own isn’t too much to ask for. But with each passing day, it very much is.