From Tara to Xanadu: the best houses in the movies

Manderley in ‘Rebecca’, the floating home in ‘Up’ – fictional houses can envelop the viewer 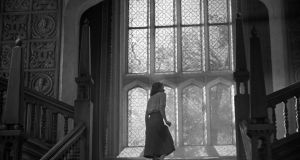 Manderley in Rebecca: A gloomy mansion in a sinister corner of Cornwall, the building was, according to the author’s editor, “as much an atmosphere as a tangible erection of stones and mortar”

Yet these places are invariably imaginary spaces. They are constructs composed from individual sets cunningly shot so as to suggest that one room leads into the next. The exteriors are sometimes real places. Often the outside exists only as a matte painting or a facade that hides empty air. These days the building might be less real even than that. Whole cities are created in computers by boffins who need not leave their desks in Burbank.

Yet the most cunningly constructed homes and workplaces in the great movies envelop the viewer more completely than any virtual reality headset could manage.

We had no space for the New York apartment that contains all the action in Alfred Hitchcock’s Rope. We missed out the clutter of Taylor and Burton’s house of domestic horrors in Who’s Afraid of Virginia Woolf? How could we leave out Kevin’s house from Home Alone? Why it’s practically a . . . no, we promised not to do that.

The most famous scene in Alfred Hitchcock’s raw masterpiece takes place in the generic Bates Motel. But it is the adjacent “Bates Mansion” – its look modelled on Edward Hopper’s painting The House by the Railroad – that delivers the old-school Gothic ambience. The exterior structure, which still sits on Universal Studios’ backlot, is little more than a wooden shell, but that has not stopped concerned fans petitioning for its preservation. They were reassured that Universal has no plans to demolish one of its landmark creations.

Hitchcock again. The master knew something about the importance of place. “Last night I dreamt I went to Manderley again.” It’s right there in the opening line of Daphne du Maurier’s novel and of the largely faithful adaptation. A gloomy mansion in a sinister corner of Cornwall, the building was, according to the author’s editor, “as much an atmosphere as a tangible erection of stones and mortar”. Perfectly put. Enya named her castle in Dublin for the pile. Lars Von Trier used the title for one of his own films.

Tara might be the only movie estate more famous than Manderley. The huge colonial structure – initially home to jollity, later a symbol of defiance – was constructed on RKO’s backlot at Forty Acres in Culver City, California.

“Once photographed, life here is ended. It is almost symbolic of Hollywood,” producer David O Selznick remarked. “Tara had no rooms inside. It was just a façade. So much of Hollywood is a façade.” Margaret Mitchell, outraged at changes to her source novel, refused to allow the structure to become a permanent attraction.

Billy Wilder was fascinated by the Beverly Hills mansions constructed by stars of Silents in the 1920s. What went on in them now that the era was dead? His elaborate black comedy offered an answer. Norma Desmond’s home is a maze of ornate rooms whose musty confusion echoes that within the aging actress’s head. The exterior scenes were actually filmed on Wilshire Boulevard at a house then owned by J Paul Getty’s ex-wife. LA being LA, it was casually demolished in the 1960s to accommodate an office building. You can visit Norma’s address on Sunset. But the building there is very different to that in the film.

One of Roman Polanski’s great achievements in this influential 1968 horror was to bring a timeless malignity to a busy corner of Manhattan. For the elegant but slightly decayed apartment building within which Mia Farrow gestates the devil, the director eventually settled on the looming, idiosyncratic Dakota building.

Home to such celebrities as Boris Karloff, Lillian Gish and Rudolf Nureyev, the structure has an English Victorian feel that suits its depiction as a deeply haunted house. John Lennon was famously shot outside the Dakota in 1980.

People rarely single out John Hughes’ films for their visuals, but it is worth returning to Ferris Bueller for a glance at the sleek, gorgeous modernist house where Cameron’s dad keeps his Ferrari. The structure really exists. Designed by James Speyer, a student of Mies van der Rohe, the steel-framed glass box sits in a woody part of outer Chicago. It has proved hard to sell. Originally priced at $2.9 million, it went for a rock-bottom $1.06 million in 2014. Location, location, location.

Visitors to the 2016 Cannes Film Festival will, at every corner, have seen an image of a man scaling steps towards a yellowed version of the nearby Mediterranean. The poster adapted an image from Jean-Luc Godard’s famous Le Mépris featuring the Casa Malaparte on Capri. The stark, pyramid-like building – designed by Italian modernist Adalberto Libera – offered the spoilt subjects of Godard’s film a visual correlative for their emotional isolation. That’s what I’m betting Godard would say, anyway. Brigitte Bardot, Fritz Lang and Jack Palance looked very comfortable in it.

There are quite a few houses worth noting in the saga. The Corleones’ sprawling estate in Nevada sticks in the mind. Jack Woltz’s Hollywood home – shared briefly with a horse’s head – offered a mirror to his vulgarity. But the most memorable residence remains the family’s original, old-fashioned, white bread house on Long Island – site of the opening wedding and later war councils. The mock Tudor, with a relatively modest five bedrooms, actually sits in a quiet bit of Staten Island.

“Here, on the deserts of the Gulf Coast, a private mountain was commissioned and successfully built . . . ” So runs the newsreel in Orson Welles’s untouchable masterpiece. Xanadu, a massive, bombastic mansion with zoos and golf courses, stands as a monument to Charles Foster Kane’s suicidal hubris. It is luxurious. But no man could live in it with comfort. The beautiful monstrosity was, of course, modelled on William Randolph Hearst’s castle in San Simeon, California. The real-life mogul did not take kindly to the implied dig.

Cinema is full of brave little homeowners holding out against rapacious developers (often in films financed by multinational conglomerates, but never mind). Few are braver or more stubborn than Carl Fredricksen in one of Pixar’s very best animations. The house that he cherished with his late wife – threatened by skyscrapers on either side – eventually rises to the sky beneath a cloud of helium balloons. Chaos and adventure follows. Rumours that the house was inspired by the story of a lady holding out against developers in Seattle were unfounded. Carl’s neatly restored wooden structure is all his own.

Yotam Ottolenghi: it shouldn’t take a pandemic to make us realise that it’s the simple things in life that matter
5