Under the radar sales in sleepy Sandycove 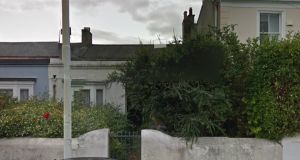 Recently crowned as the most expensive suburb in Ireland by the Daft.ie wealth report 2018, Sandycove is sitting pretty with average house prices of €910,000 and not a lot for sale at that level.

Bring up Sandycove on Myhome.ie and you’ll find a meagre 20 homes for sale in the seaside neighbourhood close to Glasthule village on one side and Dalkey on the other. Homes tend to move fast when they do come up: there’s a healthy market for empty nesters looking for turnkey Regency cottages and apartments, while affluent families will snap up older fixer-uppers. Not much gets overlooked in such a small neighbourhood, so imagine residents’ surprise in recent weeks when Sale Agreed boards popped up on three properties that had not been obviously on the market in the first place.

The first house to announce itself Sale Agreed was 4 Sandycove Avenue East, a quaint double fronted cottage that has lain empty for years, possibly decades, attracting admiring glances from would be buyers, and not so admiring glances from neighbours fearful of damp and rats. Many letters from interested buyers and agents were pushed through its letterbox over the years according to Janet Carroll the estate agent who has been busy with the Sale Agreed boards. Carroll says her Blackrock-based agency has built up a speciality in “off-market” sales for owners who prefer to avoid the publicity of a sales campaign and the bother of open viewings.

Carroll started her hunt for a buyer with the correspondence that had landed on the doormat. However, it soon became clear the cost of the repairs would be prohibitive for most and so accordingly Carroll found a purchaser in the building trade, specifically a house builder who intends to live there himself, once he has gutted the cottage which dates from the mid 1800s.

Meanwhile, a few streets away on sleepy Ballygihen Avenue which runs down from Sandycove Road to the sea, residents were amazed to see two Sale Agreed signs sprouting overnight on a pair of old adjoining bungalows on a site next to the four storey Gowran Hall apartment scheme. Here again, Janet Carroll had secured a buyer without neighbours knowing that the houses had been for sale. The price achieved for both is thought to be under €2 million.

Carroll would not be drawn on the identity of the owner and whether he or she is a property developer or house builder but it seems likely that the sites will be developed fairly intensively, either with large bells and whistles executive homes or even as apartments, though Gowran Hall residents who currently enjoy sea views through big picture windows will be watching the planning application very closely indeed.