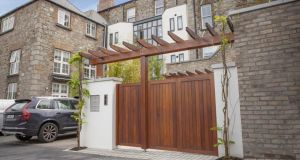 The Orphanage: the four one-bedroom suites in Dún Laoghaire were to be rented for up to €1,500 a month

The owners of the Orphanage in Dún Laoghaire have apologised and said they will rename the building because of the reaction to their “tone-deaf” choice of what to call the luxury development.

“We would like to sincerely apologise for naming the building the Orphanage,” they told The Irish Times. “We deeply regret offending anyone, and particularly those with close connections to the Bird’s Nest,” as the institution was known before it closed, in 1977.

“It was a ‘tone deaf’ decision, as rightly pointed out by Susan Lohan of the Adoption Rights Alliance. We are changing the name of the building. In this regard we once again regret any distress or hurt caused.”

The owners have not yet decided on a new name.

The decision by the owners of a portion of the property to develop four “co-living residences”, or one-bedroom suites, within the building and market them through the Brady & McCarthy agency as the Orphanage, at rents of between €1,200 and €1,500 a month, caused an outcry when the details were published by The Irish Times yesterday. A spokeswoman’s comment that it would become an “adopted home” for its residents caused particular anger.

Senator Victor Boyhan, who lived in the institution in the 1960s, until he was 16, called for the name to be changed to the Bird’s Nest. “I lived my entire childhood in that building. We never referred to it as the Orphanage. We referred to it as the Bird’s Nest,” he told RTÉ radio. “A bird’s nest should be cosy, warm, a nurturing place to live, and in the majority of cases that was my experience.”

The Independent Senator, who is the former chairman of the Past Residents of Smyly Homes and Cottage Homes group, accepted that some children experienced “emotional and physical and sexual abuse” while living there, but he said he was still “somewhat surprised” by the owners’ decision to call their development the Orphanage. “I would suggest that it is a sort of provocative term or name, and I don’t know what that’s about.”

Opened in 1859 by a Mrs Smyly, the Bird’s Nest was operated until its closure, 118 years later, by the Smyly Trust. The building, on York Road in the south Co Dublin town, was home to an average of 180 children, including, at one stage, the future Manchester United, Aston Villa and Republic of Ireland soccer player Paul McGrath. The institution trained girls for domestic service; boys were typically moved on to other institutions in and around the capital.

Although the original Bird’s Nest had a relatively good reputation compared with some other children’s institutions, it became embroiled in controversy in recent years over its involvement in vaccine trials on babies and children in orphanages in the 1960s and 1970s.

I think my boyfriend broke up with me because I was diagnosed with herpes. I’m devastated
9