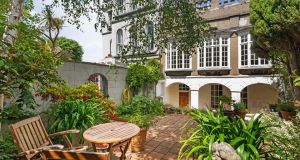 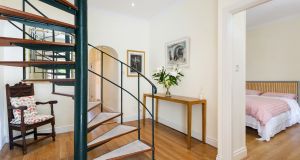 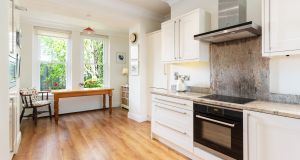 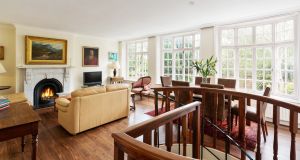 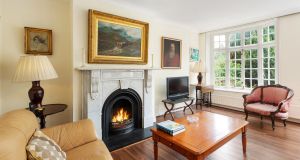 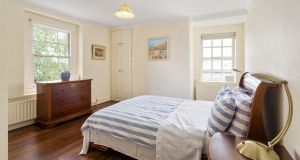 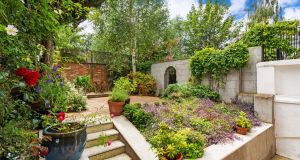 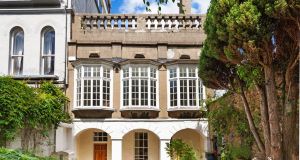 It’s hard to think of a house with a grander address that’s new on the market this week – or maybe any week – than East Wing, Holyrood Castle, Sandymount, Dublin 4.

Holyrood Castle is a 19th-century castellated three-storey building at the end of Holyrood Park in a traffic-free cul de sac off Sandymount Avenue. The Dart station is at the end of the road and Ballsbridge begins on the far side of the railway track. The “castle” was reputedly built by a Scot – hence the name – and the main part of the house was sold in 1999 and then divided into apartments.

What wasn’t part of that sale was the east wing: a two-storey adjoining structure at the rear. Originally part of the house – when its upper floor was the castle’s billiard room – it was, by the time of the sale, separate accommodation to the main house. The wing had been bought by its current owner a long time before when it was divided into two one-bedroom apartments which they converted easily into a two-bedroom house.

Access to the property is through an arched entrance in a tall wall at the side of the castle. The wrought -iron gate opens into the garden, a private suntrap on two levels, mostly paved but with trees and lushly planted beds. Steps down lead into East Wing where the size of the property at 135sq m (1,450sq ft), about the size of many new-build four beds, gives an idea of just how large the rooms are in this charming and unusual house.

Inside the hall door is a square-shaped hall with a large spiral staircase. The first of the two double bedrooms is on this level to the front near a shower room. At the rear is the kitchen and separate utility room, opening out to the back. Until five years ago this was a three-bedroom property but a renovation at that time included knocking one of those bedrooms into the kitchen to create a larger eat-in kitchen with smart new units.

Upstairs, the spiral staircase opens directly into the fine living room with its three distinctive bow-shaped windows. A period-style white marble chimney piece was sourced as the original was missing and the owner admits that when they moved in, for heat-saving reasons, they lowered the ceiling – something new owners will undoubtedly reverse.

This living room opens directly into the second bedroom and its en suite shower room and dressing area at the rear of the house.

Is that concealer you’re wearing, Mr President? The rise of men’s makeup
10

Ask the Expert: My husband has a very short fuse with kids
Real news has value SUBSCRIBE