Commute to this heavenly Co Kildare home for €1.75m

Oldcourt House, a six-bedroom Georgian house located on 13 acres of idyllic Kildare countryside, has gone on the market through Sherry FitzGerald for €1.75 million. Video: Sherry FitzGerald 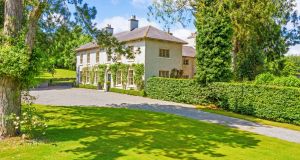 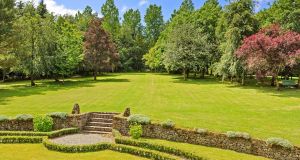 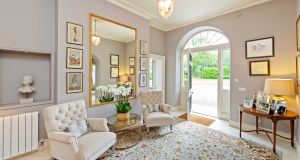 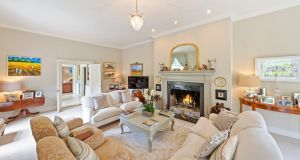 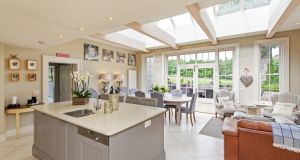 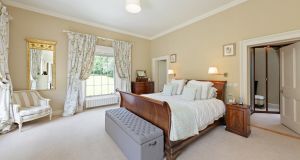 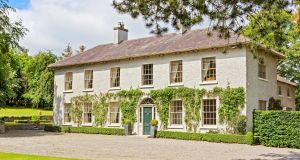 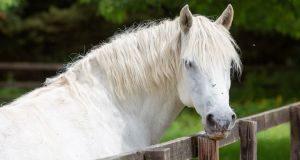 A Georgian house in tranquil Kildare countryside next to Donadea Forest Park has been a happy family home for Aileen and Ciaran McNamee and their four sons since they moved there in 2014. There’s plenty of room for playing rugby in well-tended gardens around the house, and a paddock for two horses.

The six-bedroom house was modernised before the McNamees bought it in 2014 (for €1.42 million) and Aileen, an interior designer, has added just a few touches, like architraves around windows.

In short, Oldcourt House, a 522sq m (5,618sq ft) protected structure on 13.48 acres, is a bright comfortable modern home with handsome period details – particularly its many tall sash windows – now for sale through Sherry FitzGerald for €1.75 million. The house sits in the middle of 7.4 acres; there’s an entrance into the forest park from its six-acre field across the road.

Built in 1800, Oldcourt was originally part of the Aylmer family’s Donadea Castle estate. It takes its name from the time when it was a local courthouse; subsequently, it was a rectory until 1975.

The house has the symmetrical proportions typical of Georgian architecture: it’s elegant and spacious but doesn’t feel too large; decorated in neutral shades, it’s furnished in mostly period style. The drawingroom on the left of the front door is bright, with four tall sash windows, two at the front, two at the side, and a large timber fireplace. It opens through double doors into a small diningroom and through more double doors into a sittingroom/study at the back.

There are French doors on to an outside terrace on one side of the diningroom and on the other, an open arch into the kitchen/breakfastroom, which is the heart of the house. This was the only part of the building that was extended. It’s a large, bright space with a vaulted glazed roof over the dining-and-sitting area next to a wall of windows, with French doors opening on to a large terrace outside. Like the front hall, it’s floored with pale ceramic tiles: the kitchen area, painted a greeny-grey (Farrow & Ball’s Stony Ground) has an island unit and a large cream Aga. There’s a large utility room just off it and a small study.

The reception room on the right of the front door is currently a games room; behind it is a large boot room with back stairs leading up to a self-contained space with a livingroom/kitchen, bedroom and bathroom. There are also two toilets downstairs.

Upstairs there’s an unusual split level landing: steps on one side lead to a large double bedroom at the back of the house with an en suite and walk-in wardrobe that’s effectively a guest room. Steps on the right lead up to three/four more bedrooms. The main bedroom, over the drawingroom, is bright, with the same tall sash windows. It has a very large en suite with shower and bath and a walk-in dressingroom.

Ciaran McNamee, co-founder of QPQ, a digital blockchain company, commutes to London every week – the airport is a 40-minute drive from Oldcourt, says Aileen; she runs her interior design company, Lama Interiors,  from the Kildare house.

Aileen and Ciaran have revamped three houses since they married 18 years ago; she’s now looking forward to their next project – the couple plan to build a house on a site in Rathmichael. Oldcourt House is about 10km from the M4, 12km from Maynooth and17.5km from Naas.