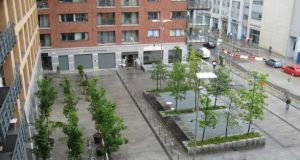 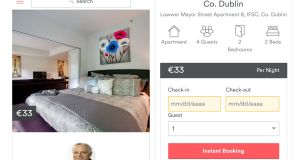 The bogus Airbnb page advertising an apartment in the IFSC 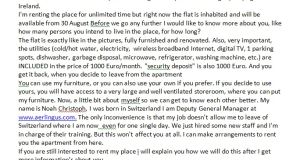 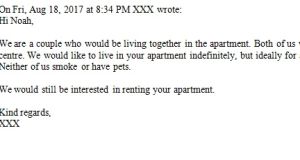 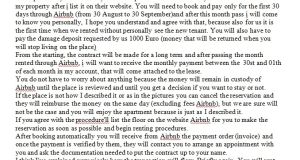 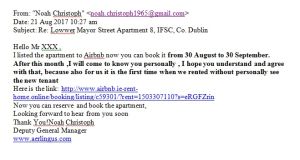 To add to the many frustrations of finding an affordable rental property in Dublin, online scammers are using increasingly sophisticated methods to separate renters from their hard earned funds. A reader sent in details of his recent experience when he and his girlfriend sought to rent a two-bed apartment close to the IFSC in Dublin city centre.

After they responded to an ad on property portal Daft.ie the would-be “landlord” entered into an email exchange with the reader explaining how he had lived in the apartment in Dublin for five years while working with Aer Lingus, and was now based in Switzerland with the company. However his new job precluded him from leaving Switzerland but he would arrange the rental from there. He also sought further personal details from the applicants presumably to add to his credibility as a landlord.

He then advised that they pay one month’s rent of €1,000 (suspiciously low!) and one month’s security deposit of a further €1,000 through Airbnb “to make sure that we can trust each other”. He directed them via a link to a very plausible web page masquerading as Airbnb (see pic) where they could pay the money safely, adding that “after this month pass I will come to know you personally, I hope you understand and agree with that, because also for us it is the first time when we rented without personally see the new tenant”.

As the couple had not yet viewed the apartment he reassured them that “the money will remain in custody of Airbnb until the place is reviewed and until you get a decision if you want to stay or not”.

Luckily the reader was tech savvy and saw through the scam quickly enough. He input invalid credit card details on the bogus site and soon received an email saying the transaction was too big and he would need to send a bank draft instead. When he didn’t reply to this he was then prompted to transfer the cash to a Spanish bank account, which coincidentally is where the bogus Airnbnb website is registered. When Daft.ie was alerted it removed the listing, and the reader has also brought the scam to the attention of the Garda. Renters beware.

Food & Drink Quiz: Black Forest gateau is made with which fruit?
7

Feargal Quinn obituary: Businessman and politician with the personal touch
8