Out there: Wilderness cottage and tiny pod in Donegal from €200k 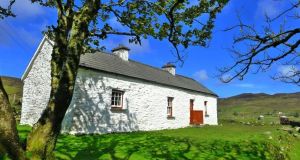 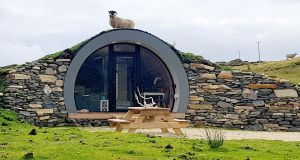 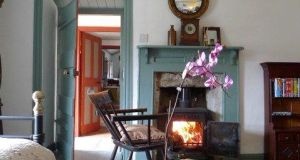 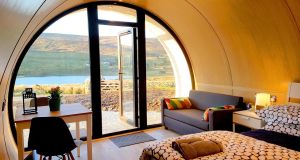 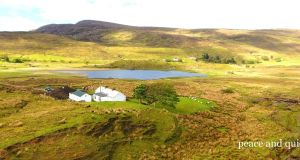 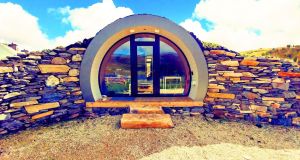 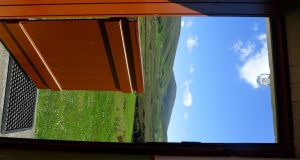 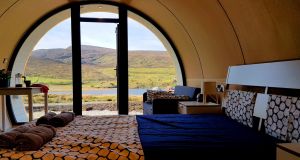 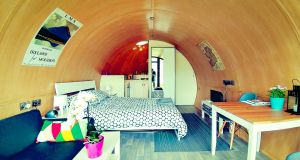 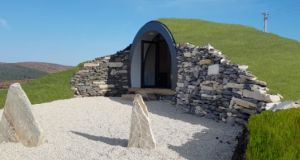 A traditional Irish cottage and a thoroughly modern pod house on the Wild Atlantic Way in Co Donegal are for sale – and the buyer will have to be someone who loves remote locations, says owner Greg Stevenson. The Escape – the cottage – and CroPod – a modular home beside it – are being sold together, with Stevenson looking for offers of over €200,000 through ilovedonegal@gmail.com.

The Escape is a whitewashed cottage on the road to the deserted village of Port, Co Donegal, about 15km from Glencolmcille. Greg, an architectural historian, moved there from Wales with his husband Lukasz a decade ago and lived there for three years. Since then they have rented it out along with the pod home they built into the hillside, which Stevenson describes as “an underground shelter flooded with light, lined with oak, overlooking a coastal mountain lake”.

Together, the properties yield a gross income of around €30,000 a year says Stevenson, renting through Under the Thatch, underthethatch.co.uk. The company, set up by Stevenson in 2001, first did conservation and restoration work on Welsh properties, then became a rental agency for “fabulous, quirky” places across Europe, putting profits into historic building rescue projects.

Stevenson, architectural historian on Welsh TV series The Welsh House and series consultant on BBC’s Restoration, left Wales to live in Donegal, drawn by the wild landscape and the friendliness of the Donegal people. He’s also the co-author with Joseph Gallagher of Traditional Houses of County Donegal.

The Escape is one of these, a traditional three-room cottage, with a kitchen and bathroom in an extension. It’s centrally heated, has Wi-Fi, mains water, electricity, and a septic tank shared with the pod. At the moment, the three rooms comprise the main room, with a dining table and antique furnishings, a livingroom with a sofa bed and a double bedroom. The main room and livingroom both have a wood/turf burning stove.

The pod, built into the hillside, is next to, but private from the cottage. Small – at around 25sq m (269sq ft) – it’s a highly insulated open-plan space with a full-size double bed, table and chairs, sofabed, shower room and a kitchen with a full-size oven and a fridge.

Outside, there’s storage in a cowshed, and three-quarters of an acre of enclosed garden. There are walks down to Port beach or across open moor or into the mountains. One leads to a remote mountain cottage where Dylan Thomas once stayed, as did American artist Rockwell Kent.

There are no other houses in the townland of Croaghacullion, where The Escape and CroPod are located. Stevenson expects that a buyer will be someone looking for a holiday home, or possibly someone who might live full-time in the cottage, renting out CroPod.

He and Lukasz – who were married in Letterkenny last year – moved to live near Dungloe a few years ago, where Stevenson now designs and builds unusual holiday homes – one in a shipping container, for example, and another to look like a period Hollywood house. They are selling The Escape and CroPod because they now have an 18-month-old son, Miki, and “I’m going to spend more time minding him,” says Stevenson. ilovedonegal@gmail.com