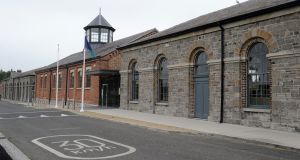 With not one but two fantastic green spaces nearby – the Phoenix Park and the much underrated Irish National War Memorial Gardens (more, in fact, if you count the Royal Hospital, Goldenbridge Cemetery and Richmond Barracks), Inchicore has been anointed “up-and-coming” status for as long as anyone can remember. Some might argue that Inchicore’s big breakthrough remains at large, but there’s plenty to like in the old railway neighbourhood.

Want proof of the area’s strong sense of community? Look no further than the Inchicore Sports and Social Club, who host regular events in the area from speed dating to wine tasting. The Inchicore Environmental Group is also worth doffing a cap to: these volunteers spend every second weekend sprucing up the village.

Although a mere hop from town (50 minutes or so on foot, 15 on a bus or Luas), Inchicore is a relatively affordable area, and therefore catnip for all kinds of newcomers.

Born and bred Inchicore locals don’t mind that the so-called great wave of gentrification is taking its merry time, but the generosity of new-ish builds could be better complemented by onsite shops and facilities. Plans, proposed by St Patrick’s Athletic Football club to build a 12,000-seater stadium, shopping centre, cinema and community centre, as well as 500 homes, have been scrapped.

The move famously prompted local TD Catherine Byrne to note that Inchicore has suffered from a lack of investment in amenities: “It is largely void of shops and cafes which would attract people to spend time there,” she noted last year.

“We have no bank, a large number of fast-food outlets, and too many vacant units. Crime and antisocial behaviour are serious issues facing our community at present and must be addressed before a huge new housing development gets under way.”

Around 38 per cent of the area’s properties have been built since 2000 (well above the national average of 25 per cent). Housing available is pretty much split evenly between apartments and houses. A three-bed in The Tramyard development, complete with river views and two car park spaces is a rare opportunity to acquire a three-bed in Dublin 8 at this price point (€275,000, via Brock Delappe Estate Agents, Tel: 01 633 4446).

Terraced houses are in relatively bountiful supply: a three-bed redbrick terraced house on Phoenix Street, nearing Lower Ballyfermot (€230,000, via Berkeley & Associates, Tel: 01 626 4433), could use modernisation, but might prove a wily investment. Those with a bigger budget might find lots to like at an Emmet Road, three-bath charmer (€550,000, via Felicity Fox Estate Agents, Tel: 01 633 4431). Packed with period features, it has around 189 sq m of living space.

Apartment living is your best bet while looking for a rental. Expect to shell out €1,500-€1,800 for a modern two-bed apartment in the centre of the village.

A mooted Fallon & Byrne outlet has yet to materialise, but fret not there are plenty of chippers in the main drag, but Rascals Brewing Co (Goldenbridge Estate, Tyrconnell Road) has given Dubliners a great reason to visit Inchicore. Offering up craft beers with a side of brewery tour, Rascals’ pizza is also definitely worth the trek.

Down at Richmond Barracks, the Officers Mess Cafe (St Michael’s Estate) is a charming space, with the added bonus of terrace seating (try the twice-baked potato). Oliva (Grattan Crescent) is a great casual-dining staple. The Black Lion Inn (207A Emmet Road), McDowell’s pub (139 Emmet Road) and Slatt’s (126A Tyrconnell Park) are among the best-loved locals.

It’s a mixed bag: while 32 per cent of Inchicore residents are lone dwellers, the rest of the local population is split between families, couples and single parents. Around 39 per cent of denizens tick the 16-34 age box, while 15 per cent are under 16. Twenty-four per cent are aged between 35 and 49, according to MyHome.ie findings.

Despite the bounty of green spaces around and the presence of St Patrick’s Athletic FC in the area, some residents have noted that they wish that more sports/recreational spots were available for children in the immediate neighbourhood.

Dublin Bus routes 13, 40, 68, 69 and 79 all go through Inchicore, while Luas stops at Drimnagh and Goldenbridge are also easily accessible. For the airport, the 747 at Heuston Station, about a 20 minute walk away, is your best bet.

“Inchicore is all about the location. It’s close to the city and both the beautiful War Memorial Gardens and The Royal Hospital in Kilmainham. The area is underdeveloped but things are changing – slowly – with new pubs, restaurants and coffee houses. Being on the Luas line and just a short hop from the centre of town surely means Inchicore’s time is at hand.” – Pat Carty, journalist

Next week: Make a Move to… Ashbourne