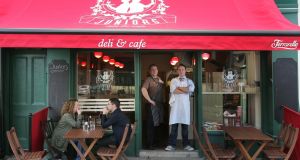 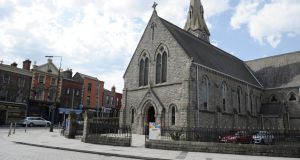 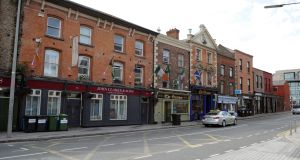 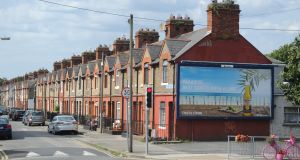 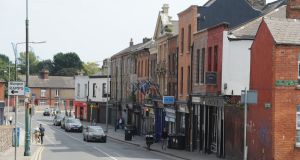 Ringsend’s proximity to Dublin city centre has proven to be a huge draw. Photograph: Aidan Crawley 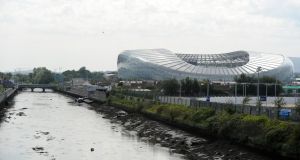 Matches at the Aviva stadium can cause parking problems in Ringsend. Photograph: Aidan Crawley

Has any Dublin neighbourhood undergone such a dramatic shift in the last couple of decades? Ringsend’s history is fantastically rich – it was famously the point where Cromwell arrived in 1649. Several centuries later, it was the turn of the tech giants who have infused the once proudly earthy neighbourhood with new money. Its proximity to the city centre, not to mention other Dublin 4 areas, has clearly been a huge draw. By extension, a whole influx of young, moneyed workers have cut a swathe through the neighbourhood, and now live side-by-side with families who have been there for generations. Amid it all, Ringsend’s inimitable community spirit remains intact. Nearness to IFSC, the Port Tunnel, the Dart line and Grand Canal Dock are a bonus.

Proximity to the Poolbeg incinerator wouldn’t exactly be the locals’ idea of fun. Ringsend is also close to the Aviva Stadium, meaning that parking and footfall can be hectic on match days or gig evenings. Additionally, you’ll pay handsomely for that Dublin 4 postcode, even if it is significantly easier on the pocket than nearby Ballsbridge, Donnybrook or Sandymount.

Ringsend’s tangle of streets offer up a bounty of red-bricked terraced two-beds. Housing stock is fairly split down the middle between apartments and houses – about one-fifth of properties in Ringsend have been built since 2000, yet 23 per cent of homes were built between 1919 and 1960.

As of 2019’s second quarter, properties for sale are scarce and in high demand even in a slowing market, so you’ll need to be quick off the blocks if you want a canny investment.

6 Joy Street, a two-bed/one-bath tucked into an enclave in the heart of the neighbourhood, presents an opportunity to get your hands on one of Ringsend’s famous period terraces (€395,000 via Sherry FitzGerald Sandymount, Tel: 01-667 2244).

Landlords are hoping to snare the well-heeled tech/finance workers looking for a short commute, so good luck finding a bargain. A two-bed apartment recently came up in the iconic Gasworks development for € 1,850 a month, but it’s unfortunately more usual to be forking out € 2,500 a month for a two-bed in the area.

Juniors Deli & Café (2 Bath Avenue) is worth a punt for deli treats during working hours and Italian-influenced fare in the evening, while 3FE on Lower Grand Canal Street is more than just good coffee. The Oarsman (8-10 Bridge Street) is a fantastic gastropub, while The Yacht (8 Thorncastle Street) has gained “local legend” status by now, and for good reason. The Old Spot, The Bath Pub and Farmer Brown’s, all on Bath Avenue, are very much worth a visit.

While those newer developments might not have too many families in them, you’re likely to find born-and-bred families in more established areas. Ringsend Park has a playground, football pitches, tennis camps and a running track, while paddle boarding is another favourite activity locally. Sandymount Strand is also accessible with a quick walk. There are plenty of primary schools within reach, among them Maitiu NFA Irishtown (Church Of Ireland, mixed), Star of the Sea (Catholic, boys), St Patrick’s Boys (Catholic, boys) and St Patrick’s Girls (Catholic, girls). Ringsend College (multi-denominational, mixed) is the area’s main secondary school.

“I bought my first house in Ringsend (Raytown) nearly 30 years ago and just loved it straight away. So many people living here have roots going back generations so everyone knows everyone else and local shops are on first-name terms with their customers. In a small area, there are local pubs with bingo on Tuesday nights and an award-winning gastro pub around the corner. There’s something for everyone. Ringsend has retained all the best of an original Dublin community as well as the advantages of being the epicentre of the most modern of European cities. The local flats are being renovated slowly but it means people get to stay living where they grew up and surrounded by family.” (Sadhbh McCarthy, research consultant)

NEXT WEEK: Make A Move To... Inchicore