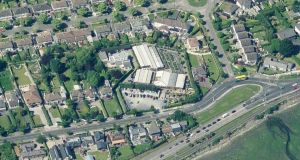 Dublin Loft Company has quietly acquired the site of the Blackbanks Garden Centre, in north Dublin, for an undisclosed sum with the intention of developing a four-storey apartment block.

In 2017 planning permission was sought by a company, Silveroak, to build 30 apartments on the 0.65ha (1.6ac) site, at 754 Howth Road in Raheny. Silveroak is led by Shane Taggart, son of the financier Paschal Taggart, and by the property player Michael Heather, a former director of Sherry FitzGerald.

When they made the application the site was still owned by the Higgins family, with Silveroak applying on their behalf; permission was granted last year for the proposed development.

Since acquiring the site, Dublin Loft Company, headed by the siblings Mark, Andrew and Kelly Cosgrave, has made preparations to clear it, in order to start construction. The site’s relatively small scale means apartments could be offered for sale to individual rather than institutional purchasers.

The supply of new homes in Raheny has been extremely limited in recent years. MKN Property Group is responsible for much of the new development in the suburb and surrounding areas, including Lonsdale, on Howth Road, and Ardilaun Court, on Sybil Hill.

Ardilaun Court, which featured 70 apartments, priced from €375,000 for one-bed homes, €440,000 for two-beds and €550,000 for three-beds, was one of the few new apartment developments offered for sale to individual buyers when it launched last year.

Ten months later, according to the property price register, only 43 of the apartments have been sold – for a total €20.64 million, or an average of €480,000 each. It is a peculiar feature of this market that in spite of the well-publicised shortage of new homes, a scheme of just 70 units has yet to sell out. Although institutional investors continue to face criticism for buying up big schemes, each with hundreds of apartments, the question has to be asked: If not them, then who?

Róisín Ingle: My sister Rachael dropped me at that London clinic in a black taxi
Real news has value SUBSCRIBE