Sought after Drumcondra home with very little room to improve for €1.75m 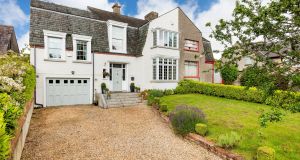 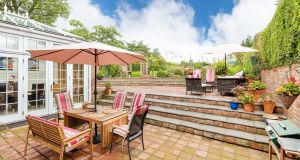 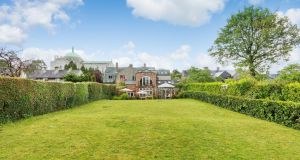 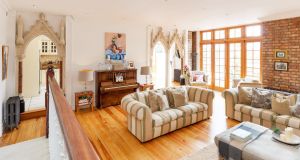 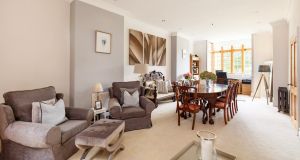 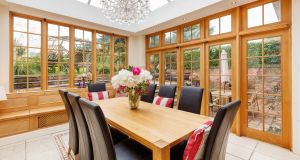 Houses along Valentia Road in Drumcondra dating from the 1930s were originally built for high-ranking civil servants by the Civil Service Housing Association, and are spacious homes with very generous gardens.

The extension to number 19 added a sunken livingroom – where the current owners’ seat 45 each year for Christmas – a spacious kitchen and separate diningroom set in a glazed atrium, in addition to a principal bedroom suite on the first floor.

Despite the size of the extension, the garden – with two patios – still extends to more than 33m, and this is one of the factors that helps tick quite a few boxes for house hunters in the area.

Some lovely additions were added to the design of the extension, in the form of salvage, such as the old red bricks, which line the rear livingroom and garden walls. These came from McKee Barracks, and the three sandstone and marble Gothic archways that lead to the kitchen came from St Peter’s Church in Phibsborough.

There is a great sense of space and light throughout the property, mainly due to the aspect and Marvin windows and glazed doors – which open in concertina style – allowing the entire house to open into the garden in good weather. The cost alone for the doors and windows was about €45,000 when they were installed 16 years ago.

The garden level has a very large diningroom, the extension and the garage has been retrofitted as a further room, with lots of storage and an additional bathroom.

Upstairs are four spacious bedrooms, with the large attic room now used as a fifth.

Besides the location, size and unusual reclaimed features, it is the rear garden that will attract families to this property. It served as a fine sports pitch for the owners, the giveaway being the old goalposts to the rear, but it has significant potential for green-fingered enthusiasts to develop it further.

Number 19, in turnkey condition, is for sale through Sherry FitzGerald seeking €1.75 million.

All things considered in remodelled Blackrock two-bed for €645k