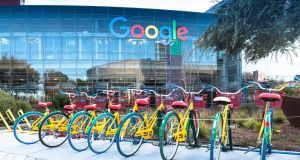 Google has entered into partnership with one of Australia’s biggest construction companies to deliver up to 15,000 new homes in the San Francisco Bay Area in an effort to address housing shortages that it and other tech companies have been accused of causing.

As part of its agreement with Lendlease, Google is set to work on the master planning, planning application process and development of up to 15 million square feet of residential, retail, hospitality and community space across three new neighbourhoods in the San Francisco area.

The delivery of the project on Google’s landholdings in San Jose, Sunnyvale and Mountain View is expected to take between 10 and 15 years, and have an estimated final value of about $15 billion. Google is to focus specifically on developing its office space within these new mixed communities.

In a statement released to the Australian Stock Exchange earlier today, Lendlease said that subject to planning permission, work on the new neighbourhoods could get underway as early as 2021.

Today’s announcement comes just weeks after Google gave its commitment to contribute $1 billion over the next decade for the development of housing both on land that it owns and elsewhere within the San Francisco area. The company’s pledge came against the backdrop of complaints that highly-paid workers from the tech sector have driven the cost of rental accommodation to a level that is unaffordable for those on lower incomes.

In Ireland, Google’s ever-increasing dominance of Dublin’s south docklands and Facebook’s development of its massive new European headquarters at AIB’s former Bank Centre headquarters in Ballsbridge have fuelled similar concerns that workers from tech sector are displacing the existing population when it comes to the competition for housing in the capital, and in the city centre particularly.

Mr Keegan was responding to Karlin Lillington’s Net Results column in the previous day’s Irish Times in which she warned that Dublin was in danger of developing similar housing problems to those being experienced in San Francisco.

“The article raises legitimate issues and there’s a lot in it I couldn’t dispute. There is undoubtedly a problem with housing in the docklands,” said Mr Keegan.

Most workers could not aspire to rent or buy in the docklands and in many cases the council could acquire two social homes outside the area for the price of one docklands apartment, he said.