Dublin ‘must look beyond semi-detached housing’

Time for capital to look at co-housing and co-living, event told 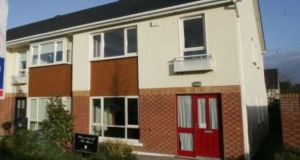 It is time for people who live in Dublin to look beyond semi-detached homes as the ideal housing option, a leading Irish architect said.

Speaking in Dublin at the Open House Big Debate on What Kind of City Do You Want? Dominic Stevens, director at JFOC Architects, said: “In Dublin, we think apartments are just for poor people, students or foreign people, but families live in apartments in lots of other European cities.”

Mr Stevens, also a lecturer at the Technical University (TU) of Dublin, said in a city that is set to grow by 20 per cent by 2040, it is time to consider co-housing and co-living.

He also asked why the nuclear family is the norm in building housing types when 28 per cent of Dublin is made up of single households.

Mr Stevens, who has designed co-living accommodation in Germany, said he believed the housing crisis could be solved if people were good neighbours, were generous [with shared space] and encouraged mutual dependency and interaction in Dublin.

“The current system of engagement with people is flawed. Developers need to go out early to talk to people about their plans,” he said.

At the debate in the new Trinity Business School on Friday evening, John O’Beirne, director of products at Bank of Ireland Group, spoke about a housing project the bank is involved with that enables single people in semi-detached homes to convert their upstairs into a self-contained apartment for rental.

Speaking about how to shape a low carbon city, Ciaran Cuffe, Green Party MEP, said cities are on the frontline in the fight against climate change yet can be an integral part of the solution. “I want a more walkable, cyclable, liveable city. We have to retrofit our buildings, use vacant sites for building and have better public realm.”

Speaking about the need to protect cultural spaces in the city, Jennifer Jennings, co-director of THISIS POPBABY, said decisions made by elected representatives are regularly overturned. “We need to start with an elected mayor and strong local government with visionary elected representatives. The building of aparthotels has led to the extinction of cultural spaces in Dublin,” Ms Jennings said.

Mr Cuffe said Dublin is an outlier compared to European cities by not having an elected mayor. “The absence of power at city level is odd compared to other cities in Europe. We need to give local government power. Currently, every decision about money requires a Minister to sign it off, and councillors don’t decide on planning applications,” said Mr Cuffe.

Jamie Cudden, Smart City Programme Manager at Dublin City Council, asked whether we should consider professionalising the job of city councillor. “Future planning has to be better than the current model, and we have to ask if fulltime paid councillors would make a difference.”

A “Cohousing Cafe” in which people can learn about cohousing and self-organised housing projects from experts and existing cohousing groups is on Saturday from 12 noon to 4pm in the School of Architecture Linenhall, TU Dublin, Henrietta Place, Dublin.