Make a move to Cabra and stay for the big breakfast 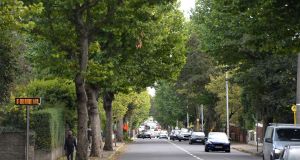 Cabra is a well-established neighbourhood. In the 1940s, Dublin Corporation created hundreds of homes in the area between the North Circular Road and the Royal Canal, making it a Mecca for young Dublin families. Its closeness to Stoneybatter, Smithfield and Phibsborough is a boon for them, as is being right next to the Phoenix Park. On the other side, Blanchardstown Centre is a quick spin away. But as a standalone area, Cabra isn’t just a place for those priced out of Stoneybatter: it’s a handy place to pick up the essentials. There’s a Lidl, a new Aldi and a Tesco, as well as the area known 17 shops in the heart of Cabra east.

Locals note that they would like to see more cafes, bars and shops, given the size of the population. The area can also have a bad reputation when it comes to crime and anti-social behaviour (in September one tabloid reported of a “24-hour Cabra crime wave”). Yet locals also say that most of Cabra is much more quiet and harmonious than the press would have you believe.

Like the rest of Dublin 7, Cabra is not cheap – no surprise, given its newfound popularity with DIT Grangegorman students. A two-bedroom house will set you back about €2,000 a month, while a one-bed property can cost anything from €1,300-€1,500.

The jewel in Cabra’s crown has been Clarkes Home Bakery at 52/54 New Cabra Road (the hearty Irish breakfast is worth the trek alone). Treat (Imall Road) and Insomnia (Navan Road) are also worth a punt. Quarry Road’s The Homestead is a great spot, as is Downeys (89 New Cabra Road), next to the 17 shops, or the nearby Hole In The Wall beside the Phoenix Park.

Cabra has enjoyed a huge surge in popularity of late with young, trendy buyers keen to get their hands on these well-built homes with generous gardens. New Luas stops at Cabra and Broombridge have also enabled an influx of professionals, who now live happily alongside born and bred locals whose families have lived there for generations. Officially, the mix is broad: a quarter of residents are lone dwellers, while 28 per cent are couples with children and 19 per cent are child-free couples.

Take the Green Line Luas to Cabra or Broombridge from town and you’ll be there in 10 minutes. It’s also right on the M50. Dublin Bus’s 120, 122, 37, 38 or 39 routes will also get you to the city centre or Blanchardstown. Getting into the city on foot could take anything from 35 minutes to an hour – it’s an expensive area.

“There are plenty of facilities in the area, the 17 shops providing us with everything we need. We’re also not far from Lidl, Tesco and every Saturday the honest to goodness market in the nearby industrial estate is a wonderful addition. The area (at least our end of Cabra) is beginning to feel like an extension to Phibsborough. We are a 10 minute walk from the junction of Connaught Street and Phibsborough road and the area is a hive of activity with new bars and restaurants opening all the time. The same goes for Stoneybatter and Smithfield. There are still certain pockets of Cabra that I would avoid, as well as certain people I wouldn’t approach. This is very much the minority, and it wouldn’t be so bad that I couldn’t walk around the area in the evening,” says Matthew Gavenda, who works in finance