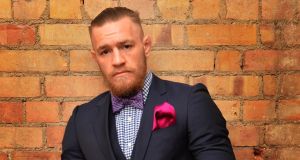 Mixed martial arts star Conor McGregor ‘likes to be in a position where he holds the cards’. Photograph: David Sleator

When it comes to Conor McGregor’s involvement in the world of mixed martial arts, it’s been a running question of “will he or won’t he” step back into the Octagon ever since he announced his retirement from the sport – for the second time – last month.

Roll forward to today, and it looks more like the Dublin native is simply sticking to the negotiating playbook that has made him a multimillionaire. Indeed, only last week, UFC president Dana White told CNN that The Notorious one will fight again.

White’s other observation that McGregor “likes to be in a position where he holds the cards” would appear to apply equally to his interest in property, and more particularly his ongoing search for a new family home in Kildare.

Even as the clock ticks down to the sporting tycoon’s expected move at the end of this month from the gated Ladycastle development at the K Club, McGregor isn’t showing any urgency on the question of where he, his partner Dee, and their two children, might choose to settle down.

While efforts to elicit a response from McGregor’s spokesman on the matter proved unsuccessful, it’s understood the sporting tycoon has come close to buying at least three substantial properties in Straffan and its immediate environs since 2015.

A source familiar with the detail of the potential purchases in Straffan, Castledillon and Barberstown said this week that they suspected McGregor might be experiencing a certain degree of “buyer fatigue”.

McGregor’s love of Dublin’s Riviera meanwhile has already been well-documented. In 2017, it was reported that the then double-weight UFC champion had taken up residence for the summer at the former Vico Road home of Formula One racing driver, Eddie Irvine.