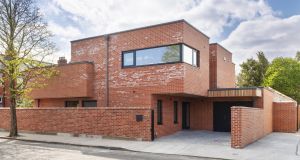 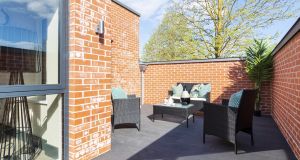 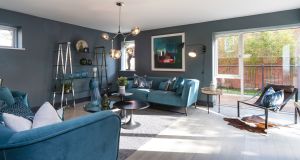 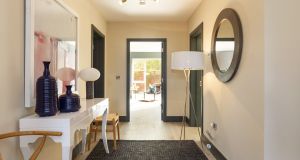 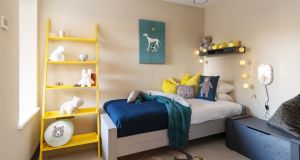 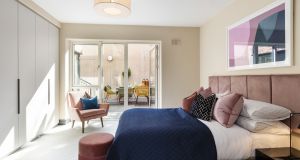 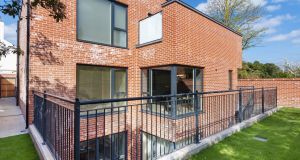 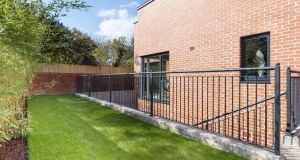 The newly-finished mews at number 73A Highfield Road in Rathgar couldn’t look more different from the Stringer-built house in whose garden it has been built.

When that period house at 73 Highfield Road came on the market in October 2016 it did so without a large portion of its garden. The owners, who had been there for more than 20 years, had decided to downsize and had divided the garden – theirs was a corner site – and secured planning permission for this three-storey very modern-looking redbrick mews.

They sold the family house for €1.58 million but, before they could begin construction on the mews, a builder came along, bought the site which opens on to Neville Road and built the property that is now for sale.

Number 73A with 274sq m (2,950sq ft) and designed by Ferreira architects looks strikingly modern and certainly very different from the period redbricks that surround it.

Digging down allowed for three storeys and so the front door opens into the middle floor of the mews. At this level are two bedrooms and a small study as well as a living room, the latter decorated in a luxe style for show purposes.

The most striking room is upstairs – a large open-plan contemporary space that takes up the entire floor. It has a sleek dark gray Rhatigan & Hick kitchen designed with plenty of storage space and preparation areas.

There’s a large seating area and space for a good-sized dining table and this room has its own small terrace looking down on the house’s largest outdoor space, a sunken terrace with high concrete walls accessed from the basement rooms.

The open-plan room has large skylights as well as windows on three walls – the horizontal windows in the kitchen area have clear class while the other two large windows have frosted glass as per the planning for privacy reasons.

Down at basement level are two more double bedrooms – the largest is really a suite with a smartly fitted-out dressing area lined with Cawley-built wardrobes leading to a shower-room en suite.

There is a garage to the side and on the other side a small strip of lawned area.

In Dublin 6, hopeful downsizers keep their eyes peeled for turn-key mews houses. And they may be attracted to this new mews given its location, although the three storey layout may be unsuitable. With its square footage – larger than the original house – it may have greater appeal to families.

Now called Amare, 73a Highfield Road, Rathgar is for sale through DNG for €1.795 million.

The Covid-19 pandemic is changing the way we speak
8