Coastal cool: how to create a summer time feel in a seaside home 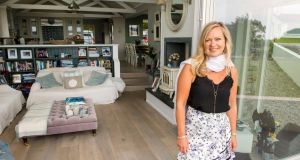 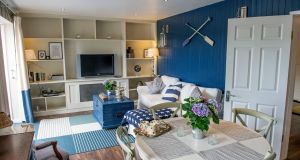 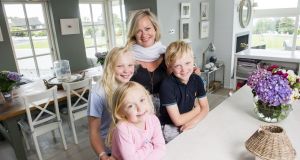 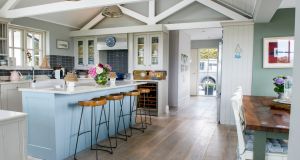 For businesswoman Una McIntosh, the draw of the sea was too much to keep her living in the beautiful 3,500sq ft stone home she had just built, on one acre, outside Kinsale.

When the chance came up to buy a smaller, drabber house on a smaller site nearby, she jumped at it.

“People thought we were mad but the location is just stunning, overlooking the sea,” says McIntosh.

“It’s just so good for your mental health and when you live by the sea, it doesn’t actually matter what your house is like, because you are constantly looking out,” says McIntosh.

She has, however, begun renovating the new property, starting with an apartment on its grounds. “The idea was to do it up and rent it out on Airbnb, to help fund the cost of renovating the house but the apartment ended up too beautiful to share, so now we keep it for family,” she says.

To renovate her guest accommodation she turned to interior designer Emma Kelly of EK Designs, who lives in nearby Summercove and whose own love of the sea informs much of her work.

“I do a lot of cycling and running by the sea and I use the colours and textures I see when I’m out, reflected in a lot of wool and linen and a bright, airy palette,” says Kelly.

She too chose her home not because she loved it but because of its location. “I’ve lived by the sea for years, first in Dublin when I lived in Monkstown and Dún Laoghaire and then in Rochestown, where we had an apartment overlooking the harbour. We rented in Kinsale for six years before buying our house. It’s a 1970s bungalow that we weren’t afraid to take on because we had a vision for it.”

Suffice to say that windows took up a huge part of their budget: “We now have a sea view from every room.”

She installed a double-height ceiling with shiplap panelling and roof trusses, to give it a Hampton-esque feeling.

Panelling works really well on coastal homes, she says, adding a nautical sensibility that can be added to with nautical chart wallpapers from Ralph Lauren Home.

As much as possible she will use seascapes from local artists as well as the work of Latitude Kinsale, which creates nautical charts that can be incorporated into everything from wall art to tables.

Blues and greens work really well by the sea but don’t be afraid to go deeper, she advises. “You get the largest pay off by being brave and bold with deep blues and greens by the coast.”

Really good options include Colourtrend’s Peacock Blue and Hague Blue, by Farrow & Ball, both of which are quite dark. Alternatively, Colourtrend’s Shell Cove, a stone colour, and Gris Verte, a muted green by the same paintmaker, works wonderfully well by the sea, she says.

“If your internal space mirrors what is outside, you get a very cocooning, sanctuary-like feel.”

You can bring the outside in if you collect pebbles from the beach and put them in glass jars too, an idea she robbed from Something’s Got to Give, a movie with Diane Keaton and Jack Nicholson but starring a spectacular beach house.

Bring maritime texture in too with lots of rattan, which has a fishing basket-like feel. The aim is to avoid the kitsch Brighton Rock look in favour of a more sophisticated “Danish” coastal aesthetic, she says.

If you’re buying a coastal property, be prepared to spend more for greater durability.

“We used Alu-clad windows from Rationel. The exteriors are aluminium clad, and therefore rust- and salt-proof, while the interior is timber. You can’t have timber outside because the sea air will eat it,” she says.

Expect to undertake more frequent exterior painting. Kelly used a composite rather than traditional timber for her decking, for the same reason.

“It’s double the price but worth it for the lifetime guarantee. We curved that section of the deck so it almost looks like the bow of a ship.” The kids suggested a mast but she drew the line there.

A further courtyard area, which is under flagstones, is surrounded by Nantucket-style fencing.

Much as she loves the decor, the sea itself remains the biggest draw. “It’s a huge part of my life. It has a lovely calming effect, it’s very soothing. Every time you go on holiday, no matter how lovely it is, you’re always happy to come home to it.”

That sense of wellbeing might well be reflected in the price you pay for a coastal property. “You pay a premium for a coastal view. How much depends on the property, some might have a beach or a pier, but the big appeal is that if you own the land right down to the sea, no one can ever build in front of you,” says Charlie McCarthy, of Charles McCarthy auctioneers in Skibbereen.

He sells across west Cork, one of the most sought after parts of the country for coastal properties. Most of his clients are buying their seaside homes “either as a second home or as a second home with a view to retiring there”, he says.

Currently on his books is Collabrum More, a traditional stone-built farmhouse in need of repair, standing on 33 acres, including half a mile of direct, private waterfront access. Six miles west of Skibbereen, it is on the market at a guide price of €600,000.

Before you buy any seaside home, put particular thought into heating, advises Ciaran Schutt of Coastalhomes.ie, a website. Most of its visitors are German, Swiss and Americans looking for an Irish seaside home to either move into or to holiday in. His own parents did just that, moving from Germany to Belmullet in Co Mayo 40 years ago.

Coastal areas are warmer than inland areas in winter, because of onshore breezes. But those breezes can turn into winds. If you are renovating, good insulation is, therefore, mandatory.

Installing a combination of air-to-water heat pumps with a solar panel system is an environmentally friendly option, with new SEAI retrofit grants to help for properties built before 2011.

“Most of the properties on the west coast are run off oil burners. If you’re buying a holiday home, you don’t want to have to keeping it running for an hour a day to keep the house warm while you’re away, it’s not environmentally friendly. But the heat right system will keep the building temperature controlled year round,” says Schutt.

You can also put in smart controls that allow you to turn on your heating system when you’re leaving Dublin on a Friday night, so that it’s warm when you get there two hours later, he advises.

All that wind and salt makes coastal gardens a challenge too. Chelsea Flower Show award winner Billy Alexander, owner of beautiful Kells Bay House and Gardens in Caherciveen, knows exactly what works in a seaside property.

If you’re facing into a full-on sea breeze, pines can help and are able to cope with wind and salt. “A few small pines will help create a filter for the winds, breaking it down. Plant small, never start big – the wind will win,” he recommends.

Next, plants that grow in the Canary Islands are a good rule of thumb, he suggests. These include Echium, Pheonix Palms, and Miscanthus grasses as well as ferns and succulents. All require minimal maintenance, particularly handy if it’s a holiday home.

The right flowers can cope by the sea too, including forget me knots, rosemary, lavender and especially agapanthus, he says, “it works really well in coastal areas and just flowers and flowers”.