Property Clinic: Also, how close to the start of being rented does that work have to be done? 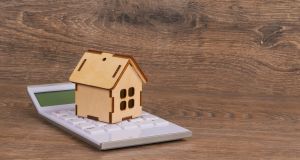 If a house, currently owner occupied, needs some work before it can be rented out for the first time – a new front door and windows, general painting and decorating – is that tax deductible? And, how close to the start of it being rented does that work have to be done, ie if the work was done, but it wasn’t put on the rental market until a few months later, is the work still tax deductible?

Not all expenditure on a property necessarily qualifies as a repair to the premises. Costs can come under two other categories: enhancement expenditure, which relates to substantial improvements and which is only deductible when the property is sold as it is added to the base cost of the property for Capital Gains Tax purposes; or expenditure which qualifies as plant and equipment and which can be written off over eight years (12.5 per cent per annum) against the rental income.

This would capture the furniture and equipment costs incurrent in the fit-out of the premises. In the scenario outlined, it is likely that the new door and windows will fall into the enhancement category and be added to the base cost of the property. The general painting and decorating will be classified as a repair and will either be disallowed as pre-letting or may be allowed if the premises has been vacant for the 12-month period.

Suzanne O’Neill is a tax partner at RSM Ireland