Want to shed the trappings of city life? A converted farm building could be the answer 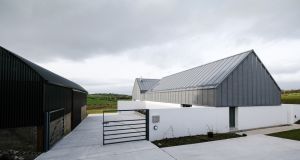 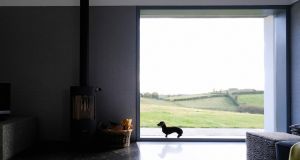 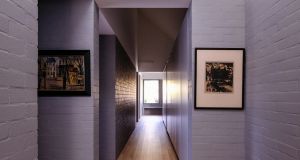 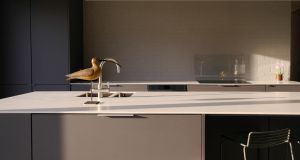 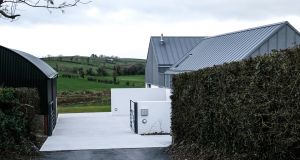 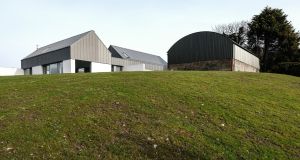 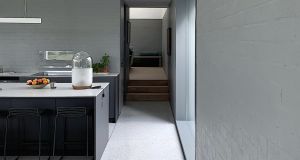 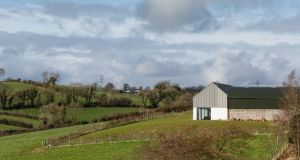 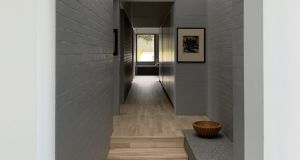 It’s harvest time and farmers are busy. Meanwhile, all this talk of people quitting the city for country life may create another potential harvest for rural dwellers and home hunters with a sense of adventure. The Irish countryside is awash with barns and sheds that may no longer be in use but which could deliver cool country homes for those willing to think outside the box.

While such conversions are big business in London’s leafy commuter belt, very few of our indigenous agricultural buildings are being reimagined. It’s true we don’t have the same stock of cut-stone buildings, but take a less sniffy approach and huge potential could be unlocked in simple farm structures located in the middle of gloriously scenic spots.

Take Ulster man Kieran McGonigle of architectural practice McGonigle McGrath, whose tractor shed is one such property. Its elegance and sense of place so impressed Kevin McCloud of TV show Grand Designs and his Royal Institute of British Architects judges that it was awarded House of the Year last November.

The architectural practice, based in Belfast, was taken on to look at a site in Maghera, Co Down, where there was an existing barn – a standard Ulster agricultural shed – located about a mile outside the village of Saintfield.

In the middle of fine, rolling grazing fields, the site had sold with planning for a bog-standard bungalow, and an existing barn already in the farmyard.

Moving to the country was something the property’s owners had always dreamed of. A couple whose kids had flown the coop by going away to university, they decided they were ready to leave Belfast. “We’d lived most of our married lives in an old period house and had never crossed paths with an architect before,” the owner says.

But she and her husband were fans of TV’s reality genre and often critical of people who appeared on them. “Watching Grand Designs we all think we’re architects. We’ve been seduced by property programmes to think that we could do it ourselves. We had no clue, no notion about the appearance of the house. We were really lucky just to pluck Kieran out of the internet.”

The couple met McGonigle for the first time at the site, where he had already walked the lands and had seen different possibilities.

With no farming background, McGonigle still had a sense of the country and its relationship to the landscape, the silhouettes and profiles, the agri-forms and their asymmetry. “Form was a very big part of the project. The house, its walls, gate are all new but still emulate the existing style of yard.”

While the same rolling hills were the backdrop to several battle scenes in HBO’s blockbuster Game of Thrones series, filled with direwolves, giants and white walkers, the architect and his team stayed closer to earth when looking for inspiration.

“We looked at farm arrangements, farmyard clusters and worked on a series of designs on how to place the buildings in relation to the existing barn. We wanted to create closure and protection from the elements but also to offer a way to frame the views. It also had to have a sense of place and that you got a sense of the local landscape.”

Corrugated steel is a stock barn material and one that McGonigle used in a dark green shade on the existing barn that he felt would work with the zinc roof of the main house. “Barn roofs have been a number of colours: red, green, brown, grey, black or simple plain galvanised metal. That’s the palette,” he explains. “You can get other colours but they’re more expensive.”

He chose the zinc for the main house because “it had an expression of the building with its metal roof descending down onto the masonry walls.”

The house now looks like it has always been there. The farmyard is accessed via a new low wall and five-bar gate, typical of the setting and whitewashed to better blend in. The front door is hidden from view – and from the elements – by a small porch.

The home is actually two connected structures; one comprises the accommodation while the living wing is set perpendicular. The latter houses the livingroom, kitchen, separate more formal room and a mezzanine level.

The front door opens to a low-ceilinged hall with a guest toilet and cloakroom off it. One corridor leads through to a lofty room where the kitchen is located. It has a vaulted ceiling and a big refectory-style dining table. A pantry, concealed below the mezzanine level, has become a home office.

It all looks beautifully simple. There is an absence of architraves and skirting boards. The texture of the bare concrete brick walls has been picked out in a simple grey paint to dado level. Above that is painted a soft white. The couple had wanted board-marked concrete walls but the budget didn’t stretch to it. They now love the painted brick as they feel it’s more domestic.

Terrazzo flooring underfoot, installed by Newry-based Fegan Flooring, features aluminium joints. Light streams in through oversized glass screens, large glazing panes used throughout that sit flush with the brick walls but don’t open. These “windows panels” were made by TJ Joinery and are more affordable to install than those with door mechanisms. Windows that opened were set into adjoining solid timber panels.

The kitchen is sleek but simple. Fabricated by Big Picture Joinery to a design sketched by McGonigle, it features a lamp by local designer Donna Bates inspired by the milking parlour lights on her family’s farm.

At the top end, this part of the house emulates many old long house-style cottages extended over time and which end up being set across different levels. A shallow set of three steps leads to a sittingroom, which conventionally would be known as the parlour – the rarely used good room.

But in this home the room is in use all the time. It is warmed by a Rais stove that sits on a bench made from Mourne granite, specially cut by S McConnell & Sons. Its black-iron flue has a turned, insulated aspect at ceiling level to fit with the vaulted roof. There is underfloor heating beneath the ash timbers.

The bedrooms are accessed from the hall. The property’s three doubles all face out onto a private courtyard and there is an ensuite bathroom in the main bedroom, a feature added to the plans after the build started.

The original barn is also used, but mainly to dry washing and for storage. While there are some chairs that made it, there is very little of the owner’s former period home furnishings in the new house. “There is a time and place for good brown furniture,” says the owner. She had thought they could find a place for it, but what’s appropriate for a period house just didn’t work in their new build. “We had any amount of Victoriana and paid for it to be in storage, but then just got rid of it all.” The new sofa in the livingroom came from Co Laois-based Finline Furniture, while the sofa in the parlour came from Floors and Interiors, a few miles away.

And how does she feel about the win? “I had my prize already, a lovely place to live, tailored to what we wanted.” She says it’s the best money they ever spent.

“For the price of a high-end kitchen that will go out of fashion in a few years’ time you could pay an architect and get something very special. What you get is something tailored to the way you live rather than a place that just keeps you warm and dry.”

“The house is tranquillity personified, says McGonigle. “It’s off a secondary road. There is no traffic sound. All you see and hear are the cows in the fields. It’s very peaceful.”

A number of Northern Ireland’s architecture firms are already embracing the agricultural aesthetic and reflecting it in their choice of modern, barn-like builds.

Cow byre you can stay in
Designed by Slemish Design Studio and situated on a working farm in Ballygally, outside Larne, Co Antrim, the contemporary shell here has been constructed around the original walls of the byre. It’s also possible to stay here. It can sleep up to 13 people in its three bedrooms. Available to book through Airbnb, it costs £400 (€438) for a two-night minimum stay, with the third bedroom designed for wheelchair users and fitted out with CCTV and a nurse call system.

Shed chic
Marshall McCann’s Foyle house, outside Limavaddy, Co Derry, is a new build located behind an existing barn where the property’s outhouse sheds would have been situated. Built to passive house standards, it fits into the landscape by emulating the long, linear form of a shed. with smaller “stores” resting against it.

Farmyard layout
Newtownards-based BGA Architects’ Scrabo Clachan, outside Newtownards, Co Down, forms a farmyard cluster around a courtyard that gives the elevated site an additional sense of shelter. The buildings even include a zinc-clad home spa, which any farmer would welcome after a long day in the fields.

Boxing clever in Donnybrook for €825k
6