Rambling house on the Hill in Monkstown for €1.95m 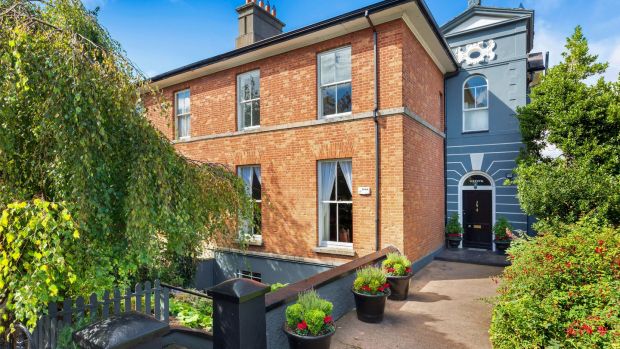 When Cornelius and Maureen Sheehan were looking for a family home in 1957, they came to view Mervyn, a gracious Victorian property on The Hill in Monkstown. On seeing the view from the main bedroom, Maureen, a solicitor and then mother of four, remarked to her husband, “Con, if we buy this house I think I could live to be a hundred.”

As it transpired, the Sheehans bought the 336sq m (3,617sq ft) five-bed and Maureen – who died in February – lived up to a few months short of her 102nd birthday. The family waked her in her home of 63 years just before the Covid-19 lockdown.

“We expected about 40 to 50 people to turn up, but over 400 people came to pay their respects at the house and over 1,000 attended her funeral,” recalls daughter Jane McGrath.

“Mum was very popular with the kids here, and at Halloween she was like the Pied Piper. We had keys to the park [De Vesci Gardens] at the end of the road and she would have 30 of us in for games, making lanterns from turnips and eating lots of barmbracks.”

Describing her childhood as “like that from an Enid Blyton book”, McGrath recalls spending her youth with her brothers – like the Famous Five – swimming and collecting crabs at Seapoint. “There were a few genteel ladies on the road who also taught all the kids to play the piano, sing and how to crochet.”

In those days a horse and cart would deliver milk and coal, and some of the houses were still running on paraffin lamps. Today Monkstown – which has thankfully retained its built charm, having changed very little over the last century – remains a highly popular location in south county Dublin, due to its proximity to the sea and amenities such as yacht and tennis clubs.

The village itself, with great local eateries, has its own drama group where plays are staged in the picturesque Knox Memorial Hall.

Mervyn is a substantial five-bedroom house with four reception rooms, interconnecting drawing and music rooms that lie opposite the dining room at hall level, and a family living room at garden level.

One of the selling points of the property is the 100ft-long rear garden which could accommodate a mews – subject to planning.

While there is some work to be done – a new kitchen will more than likely be top of the list for new owners – the house retains all of its lovely period features.

It also retains much charm and character.

“Mum would really wish health, happiness and longevity for whoever lives here next,” says McGrath. “And I also hope they get as much of a kick out of Mervyn as we did.”

The property is now on the market through Sherry FitzGerald seeking €1.95million.