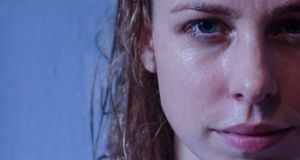 Marise Gaughan: “Laughter gets people through everything”

What people have a tendency to overlook, says Marise Gaughan, is that “happy people don’t kill themselves”.

The comedian is set to perform her one-woman show ‘Drowning’ at the Comedy Cellar (September 18th-22nd) as part of Dublin Fringe Festival. The work, described as a “comedy about wanting to kill yourself”, offers a factual account of living and losing someone to mental illness.

“This is like the first show that I’ve ever done. I’ve been doing comedy for about two years in Ireland and the UK ... but this show is like a one-woman show, not just stand-up,” she says.

Gaughan landed her spot at the festival by submitting a video of her stand-up routine to the organisers. She proposed the show while it was still in its conception and had yet to be written.

Describing how her two modes of performance differ, she says: “I guess because it is all stuff that has really happened. It is trying to find the funny stuff in very horrible things that have happened, while also having a narrative that wouldn’t usually be there in like a club stand-up, which is kind of about mental illness and living with it and someone who lost their life to it.”

Gaughan is open about the deeply personal nature of her set. “It is kind of all based on a two-year period of 2014-16. It’s all stuff that really happened. I’m not making up anything in it. It is about my dad’s suicide and my own struggles, I guess, with mental health. So it is quite a serious narrative, but it is still a comedy show, too.”

The set includes stories from Gaughan’s father’s funeral and burial, while also referencing the darker side of mental illness, which society tends to ignore – the side without a happy conclusion. “I haven’t seen that many conversations that I’ve identified with,” she says. “That people can work and work and work and still lose their lives to it.”

Her show strives to inject humour into an honest portrayal of mental illness. Gaughan says some artists tend to romanticise mental illness. “Take your heartbreak and turn it into art, but you’re still you,” she says. She expands, saying that, although beautiful, the poetic depictions of mental illness portrayed by the likes of Sylvia Plath and Charles Bukowski are not always relatable. She hopes that even if audiences do not fully understand her work, it will still resonate with them in some way.

Why did she choose comedy for such dark subject matter? “Laughter gets people through everything,” she says. “I know it made it easier for me.”

Two people recently walked out of a preview of her show in the Dublin Comedy Cellar. She is understanding about this and acknowledges that her show may not be for everyone.

She says that, although it is positive that people are starting to discuss mental illness, “we are just not sure what to say when we’re having the conversation. We don’t know how to handle it until after someone kills themselves.”

She sums up this point by commenting on how the current system treats those who seek help. “The system is like, ‘Sit on that feeling of wanting to kill yourself for another six months’.”