Why contraception isn’t just about condoms and the pill

Family planning experts believe long-acting, reversible contraceptives, such as implants and coils, are much more effective in preventing unwanted pregnancy 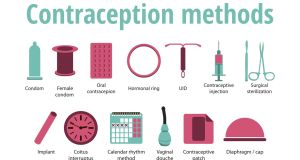 GPs and specialist family planning services are concerned that routing a free contraceptive scheme via pharmacies would limit women’s contraceptive choices and risk side-lining some of the most effective methods available, such as hormonal implants or the coil. Photograph: iStock

The Minister for Health’s proposals to introduce a free contraception scheme after the abortion referendum is positive news for everyone. International experts such as the World Health Organisation and the Guttmacher Institute are in agreement that wider contraception access and comprehensive sex education are both “fundamental tools” in lowering unwanted pregnancy rates, and therefore rates of abortion.

However, there is currently conflict within the medical community over what form a free contraception programme should take.

The Irish Pharmacy Union (IPU) wants to deliver a State-funded contraception scheme directly over the counter, for free and without the need for a prescription.

In April, IPU President Daragh Connolly said: “The oral contraceptive pill is one of the safest and well-studied medicines available. Pharmacists would undergo appropriate training on the selection and supply of the most appropriate contraception and therefore there is simply no clinical cause for concern.”

But both GPs and specialist family planning services strongly disagree. They are concerned that routing a scheme via pharmacies would limit women’s contraceptive choices and risk side-lining some of the most effective methods available, such as hormonal implants or the coil.

The medical director of the Irish Family Planning Association (IFPA), Dr Caitriona Henchion, believes the Government’s priority should actually be “improving access to the most effective methods of contraception: long-acting reversible contraceptives”.

Long-acting, reversible contraceptives (LARCs) include: the hormonal injection Depo-Provera, which lasts up to three months; the implant, lasting up to three years; and hormonal and non-hormonal intra-uterine devices (coils), which last up to 10 years.

The injection and implant are systemic contraception, which work in the same way as the pill, while intra-uterine devices work locally in the womb to prevent pregnancy. The only LARC method that’s not hormone-based is the copper coil. They are particularly good options for young women who don’t want to fall pregnant in tandem with condoms and those in long-term relationships.

Although in theory the pill is more than 99 per cent effective with “perfect use”, actual failure rates vary and can be up to 8 per cent due to doses being missed. With LARCs such as the contraceptive implant on the other hand, less than one in 1,000 women using it over three years will become pregnant, according to statistics provided by the IFPA.

“In the interests of compliance and good contraceptive care, we should be encouraging people to use LARCs if at all possible,” says Dr Mary Short, GP and director at Rockcourt Medical Centre and a specialist in sexual and reproductive health.

“You can miss taking your pill at the appropriate time. Also, you may have reasons why you can’t take contraceptive pills. If you’re overweight or you have migraine with aura, for example. There’s lots of reasons. Whereas with LARCs, there are very few contrary indications, so to speak.”

Dr Short’s clinic is based in the affluent suburb of Blackrock in Co Dublin, meaning many of her patients can afford the significant upfront costs of LARCs. But women with medical cards also get referred to her from their own GPs for the fitting of contraceptive devices, she says. Patients with medical cards are only required to pay a prescription charge for the device itself.

“The initial outlay for long-acting reversal contraception is quite a lot if you haven’t got a medical card, even though over time it’s very inexpensive,” she explains. “I think people find the money for contraception. But it’s probably easier to find the money for a packet of pills and one visit to the doctor, rather than the outlay of over €100 to buy a coil from the pharmacy, then paying the doctor for inserting it and for a consultation as well.”

The Joint Committee on the Eighth Amendment raised similar concerns in its final recommendations. “For those on the cusp of qualifying for a medical card, the costs [of contraception] can be prohibitive,” its report said. “Evidence to the Committee was that this can result in women not taking long-acting reversible contraceptive methods, even where this is the most suitable option for them, when the costs of these are outlined.”

The Minister for Health, Simon Harris, has already established a sexual health group in his department to formulate proposals for a free contraceptive scheme.

However, so far, only potential plans to widen access to barrier contraception, eg condoms, followed by the free provision of the contraceptive pill direct from pharmacies, which would require legislative change, have been reported.

When asked whether all methods of contraception including LARCs would be formally considered as part of the programme, a spokesperson for the Department of Health said: “Work is ongoing to explore all of the issues associated with enhancing access to contraception, with a view to developing evidence-based policy in this area.”

“What we would say is there’s a lot of really good research that has already been done,” says Niall Behan, chief executive of the Irish Family Planning Association. “And that really what they need to do is go back to that work. Many years ago, I was working on a national contraceptive framework document with the Crisis Pregnancy Agency, now the Crisis Pregnancy Programme, within the HSE. So whatever recommendations are made or whatever outcomes there are, they need to be based on existing research.

“Our fear is that what happens is that the only method a pharmacist can offer could limit the woman’s choices around contraceptive methods. And what you have to remember is this discussion is happening in the context of the Minister trying to keep unintended pregnancy rates low. And what we’re saying is that the most effective way to do that, the way that has most influenced the reduction in unintended pregnancies and abortion rates across Europe, is the introduction of LARCs.”

Behan also sees sex education as key to success in terms of keeping unintended pregnancy rates low, as well as quality post-abortion care, where all contraceptive options are outlined: “We want to make sure that all the information is available to women, but we also see the strong link between what’s taught in schools as part of education. The countries that are really successful at keeping their unintended pregnancy rates down are the ones that put big emphasis on contraceptives being discussed before first sex. That’s the indicator that they use.”