‘Walk While You Can’ with motor neuron disease

Fr Tony Coote, who was recently diagnosed with motor neuron disease, will walk from Donegal to Cork to raise vital funds to provide services for fellow patients 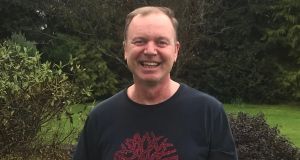 It affects talking, walking, eating, breathing and many more functions that most people take for granted. It can leave some with feelings of isolation, anger, shock and fearfulness due to a sense of loss of control as result of the progressive nature of their illness. The culprit is motor neuron disease, or MND.

According to Eithne Cawley, one of only three nurses working with the Irish Motor Neurone Disease Association (IMNDA), “MND is like a bereavement. At different stages people encounter anger, grief, bargaining with time and finally acceptance, but for some . . . they never accept it”.

The debilitating condition results in the neurons of the brain and spinal cord becoming damaged, leaving the body’s muscles to waste. As patients are physically unable to make the sometimes long journey to hospital, they rely on the IMNDA’s nursing service to come to their aid.

“We are stretched to the limit – there are not enough hours in a day,” says Cawley. “Along with being there to support the patient, we also provide specialist equipment, occupational therapists, palliative care, while also working with the Central Remedial Clinic. ”

Prof Orla Hardiman, consultant neurologist at Beaumont Hospital, makes the comparison between Scotland’s population of 5.5 million and Ireland’s 4.8 million. “There are 16 MND nurses in Scotland funded by the Scottish government, but in Ireland there are three, funded by the public. We need to integrate the multi-disciplinary services to include home-based and community care, but instead voluntary groups have stepped up to that role in Ireland.”

As a result, many of the nursing services offered by the IMNDA are funded by donations from the public. “Eighty three per cent of the funding comes from events such as the annual Easter Egg Raffle, June MND Awareness Month and church gate collections,” says Cawley. “Without the support of the Irish, we wouldn’t be able to offer such support to people with MND.”

In 2016, the IMNDA received €1.75 million in funding, with Government and HSE grants contributing €298,320. With a 17 per cent share, “a lot of these grants stipulate how they can be spent, for example to cover administrative costs, equipment, homecare, but nothing is allocated to the nursing services,” explains Maeve Leahy, IMNDA communications executive.

“To ensure the entire MND multidisciplinary clinic in Beaumont is sustainable, we need the Department of Health to commit a further €550,000 per annum for our specialist physiotherapists, dieticians, social workers, etc, and create a centre of excellence in this field,” adds Prof Hardiman.

Fr Tony Coote was diagnosed with MND in March 2018, four months after the onset of symptoms, which included falling over several times. Recalling the moment he was told, he says quietly: “I understood exactly what MND meant – I’d seen it recently in two parishioners who had passed away”.

The 54-year-old says the last few months have been a “dramatic and definite change” and often “finds it hard to remember life before the diagnosis”.

An energetic person by nature, who has always been on the go between his commitments within the Mount Merrion and Kilmacud parishes in Dublin, Fr Coote has travelled the world helping those less fortunate through the charity, UCD Volunteers Overseas2, which he established in 2003. Four years later, he launched Please Talk, Ireland’s student-led mental-health campaign.

Having become affiliated with the IMNDA following his diagnosis, Fr Coote says the work of its nursing service is “incredible. If it wasn’t there, patients and their families would be isolated but by having the nurses it means people will rarely be in hospital.”

Cawley explains that, as patients lose their independence, they become more dependent on their support system, which often leaves families physically, mentally and emotionally torn. “The burden on families is phenomenal,” she says. “MND sometimes results in behavioural change and often the patient doesn’t recognise the change in themselves. It’s soul-destroying on the family.”

As a result, the IMNDA offers counselling to patients and a family member.

Shortly after his diagnosis, Fr Coote decided to organise a fundraising challenge for the IMNDA and Research Motor Neurone (RMN) – walking more than 500km from Co Donegal to Co Cork in July.

With a target of €250,000, WWYC has already broken the €100,000 mark. Volunteer Naoise Maguire has been an integral supporter of the challenge. “Fr Tony has already shown how an increased awareness can create such a movement,” says the 26-year-old.“Despite his diagnosis, Fr Tony still has such an inner energy and a determined drive to achieve his goal and it made me immediately realise how fortunate I am to have my health in that I wanted to support him with this challenge.”

Fr Tony Coote’s ‘Walk While You Can’ route

The story of Jack-o’-lantern: ‘If you knew the sufferings of that forsaken craythur’
5

Start them stirring, knife skills at four: how to teach kids to cook
8