If I couldn’t talk to my mother about it who else was going to care? 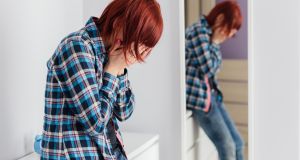 At 18, I went straight from home into an abusive relationship

“I don’t remember us ever playing or chatting. When I was younger he would destroy my toys and laugh at me when I got upset. He’d constantly pick at me and call me names until I got upset. All my life. He used to torture my cat to make me cry. It was relentless. He seemed to enjoy seeing me upset. The hardest was that my mum did very little about it. She never gave out to him. It was more “leave your sister alone”. As we got older I felt very isolated and alone.

“If my father had been home more I think it might have been different. He would have put the foot down. He wouldn’t have accepted it. When he was at home my brother had to rein himself in. My mother was timid and really didn’t know what to do. He managed to convince her that I was making it all up. She didn’t believe that he was being abusive to me. He had got it into her mind that I was crazy. And she believed him. And when I went into psychiatric care he had proof. All those years affected me, the constant strain, my whole life being made feel worthless.

“I never spoke about it to anybody. If I couldn’t talk to my mother about it who else was going to care? I felt weak for allowing it. I thought all brothers were like that. It wasn’t until I got that bit older that I realised it wasn’t right. It was completely different to the bickering and rowing I saw in friends’ families.

“I self-harmed from the age of 10. At 18, I went straight from home into an abusive relationship. That was my childhood. I feel it had a massive impact on my life as an adult. I still find it difficult. I can’t bring myself to forgive him. But at the same time I can’t bring myself to cut ties. I’m torn, because he’s my brother. I hate him but I’ll still answer the phone to him, help him when he asks for something. Then I give out to myself. I’m in a constant battle.”

Now is the perfect time to plan a home refurb, here's why
7