A repairs list for the tough times in long-term relationships 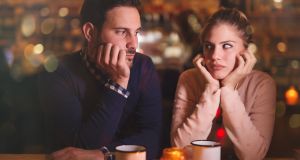 People who spend a lot of time in the doghouse are probably not looking forward to the so-called festive season – or to any other season that involves putting a good face on things.

Fighting is inevitable in long-term relationships – the trick is to be able to get over the fight with the least damage to everyone concerned.

People make matters worse by criticising too much, by responding to criticism with an attack on the other person, by feeling and expressing contempt for the other person, and by ignoring the partner’s attempts to talk to them by, for instance, working silently instead of listening.

At an informal level, repairs are simple actions meant to help stop matters from getting worse

Those last two, contempt by one and stonewalling by the other, are often the hallmark of a relationship that is ready to break down. That’s according to John and Julie Gottman, whose research into marriage in the United States spans decades during which they have followed couples from the altar to the divorce courts.

It’s the ability to carry out running repairs on the relationship, according to the Gottmans, that can stop that criticism, defensiveness, contempt and stonewalling from wrecking the relationship.

At an informal level, repairs are simple actions meant to help stop matters from getting worse.

In my view, something as apparently insignificant as asking your partner if they want you to buy milk on the way home signals an attempt to repair the situation. If the answer is silence, well, you’re still in the doghouse. If the answer is “let me check the fridge, you’d better get two litres”, then hostilities have ceased.

At this point there’s a reasonable desire to enjoy the return to normality and to forget whatever caused the row. Sometimes that’s fine – I don’t believe everything on the planet has to be talked to death.

But if the fights are happening a lot or if they’re leaving a lot of emotional wounds, then more serious repairs might need to be undertaken.

These are most likely involve conversation and the first thing I want to say is not to try to have that conversation in the middle of a row.

If things start getting heated, I suggest taking a break

Nobody has ever allowed anybody else to change their mind at the height of a heated argument – it just doesn’t happen so just don’t try.

Such conversations really have to take place in an atmosphere of calm. Moreover, it’s a really good idea to figure out in advance what you going to say. It is also a good idea to promise yourself that one thing you are not going to do during this conversation is to say things that makes matters worse than they need to be.

The Gottmans have provided what they call a repairs checklist on their website and it’s free of charge. The checklist is based on decades of observation of couples at war and in peace.

It’s a list of about 70 phrases that a person might use when having a conversation to try to repair the relationship.

They include: “I need your support right now.”

“This is important to me. Please listen.”

“I agree with part of what you’re saying.”

“My reactions were too extreme. Sorry.”

If things start getting heated, I suggest taking a break. There really is no point in ending up at each other’s throats after a conversation like this.

It’s easy to look at a list like this and see it as a simple and simplistic approach to relationship conflict. But believe me, when two long-term partners are fighting continuously, apparently simplistic approaches take a lot of effort.

If sitting down and having the conversation feels like too much for you at least try out the informal “Will I get the milk on the way home” or whatever variant on that make sense.

And have a look at that Repairs Checklist. It’s good stuff and it came out of observing a lot of pain and a lot of reconciliation. See gottman.com

My daughter has drawn 331 pictures for me during lockdown
7

Terenure terraced home for €475k is ready to go
8