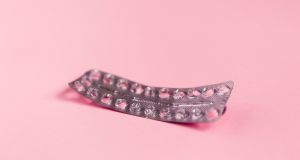 Women who rely on birth control pills or contraceptive devices that release hormones face a small but significant increase in the risk for breast cancer, according to a large study published this week.

The study, which followed 1.8 million Danish women for more than a decade, upends widely held assumptions about modern contraceptives for younger generations of women. Many women have believed that newer hormonal contraceptives are much safer than those taken by their mothers or grandmothers, which had higher doses of estrogen.

The study found few differences in risk between the formulations; women cannot protect themselves by turning to implants or intrauterine devices that release a hormone directly into the uterus.

“This is an important study because we had no idea how the modern day pills compared to the old-fashioned pills in terms of breast cancer risk, and we didn’t know anything about IUDs,” said Dr Marisa Weiss, an oncologist who founded the website breastcancer.org and was not involved in the study. “Gynecologists just assumed that a lower dose of hormone meant a lower risk of cancer. But the same elevated risk is there.”

“It’s small but it’s measurable, and if you add up all the millions of women taking the pill, it is a significant public health concern,” Weiss added.

The study was limited, the authors said, because they could not take into account factors like physical activity, breast feeding and alcohol consumption, which may also influence breast cancer risk.

Experts noted that oral contraceptives have some benefits as well, and are associated with reductions in ovarian, endometrial and possibly colorectal cancers later in life.

Dr Chris Zahn, American College of Obstetricians and Gynecologists’s vice president for practice activities, acknowledged a link between breast cancer risk and hormone use, but urged concerned women to consult a trusted medical provider before making changes. “It’s important that women feel confident and comfortable with their contraceptive choice,” he said.

Because risk increases with age, Weiss suggested that older women may want to consider switching to a hormone-free birth control method, like a diaphragm, an IUD that does not release hormones, or condoms. “It’s not like you don’t have a choice,” she said. “Why not pursue another option?”

In a commentary accompanying the new study, which was published in the New England Journal of Medicine, David J Hunter, a professor of epidemiology and medicine at the University of Oxford, said the new study did not find that any modern contraceptives were risk-free.

“There was a hope that the contemporary preparations would be associated with lower risk,” he said in an interview. “This is the first study with substantial data to show that’s not the case.”

Though the older oral contraceptives were known to increase the risk of breast cancer, many doctors and patients had assumed the newer generation of pills on the market today were safer. Yet the new study found increased risks that were similar in magnitude to the heightened risks reported in earlier studies based on birth control pills used in the 1980s and earlier, Hunter said.

“We did actually expect we would find a smaller increase in risk because today we have lower doses of estrogen in the hormone contraceptives, so it was surprising that we found this association,” said Lina S. Mørch, a senior researcher at the University of Copenhagen and the paper’s lead author.

The study also found that the risk increased the longer women used contraceptives involving hormones, suggesting the relationship is causal, Mørch said. “It is a very clear picture for us, very convincing.”

The study, which used all of Denmark as its sample, followed nearly 1.8 million women of childbearing age for over a decade on average, drawing data from national prescription and cancer registries. During that time period, 11,517 cases of breast cancer were identified.

The increase in breast cancer cases associated with hormones was also small because young women are at low risk to begin with. But the odds rose among women who used hormonal contraception for more than 10 years, the study found. Among those who used hormones for five years, an increased breast cancer risk persisted even after they discontinued use, Mørch said.

What really surprised the researchers was that the increased risk was not confined to women using oral contraceptive pills, but also was seen in women using implanted intrauterine devices, or IUDs, that contain the hormone progestin. (Not all IUDs release hormones.)

Women who used an intrauterine device that releases only progestin also faced a 21 percent increase in risk, compared with nonusers, the study found. The findings indicate that the hormone progestin is adding to breast cancer risk; some of the contraceptive pills and many of the IUDs included only progestin, Mørch said.

A 20 percent increase in relative risk may be small in absolute terms, but the calculation changes with age. For a 20-year-old woman, for example, the probability of developing breast cancer in the next 10 years is 0.06 percent, or 1 in 1,732, according to breastcancer.org.

Even if the relative risk increases 20 percent, it remains less than one-tenth of 1 percent. But by the time a woman reaches 40, her probability of developing breast cancer in the next 10 years is 1.45 percent, or 1 in 69. A 20 percent increase raises her risk to 1.74 percent, or 1 in 57.

Women who stayed on hormones for 10 or more years experienced a 38 percent increase in their relative risk of developing breast cancer, compared with nonusers. By contrast, there was no increased risk for breast cancer seen in women who used hormones for less than one year.

In Denmark, older women who have completed their families are most likely to use IUDs, including those containing hormones, and they are already more likely to develop breast cancer because of their age, Mørch said.

“Nothing is risk-free, and hormonal contraceptives are not an exception to that rule,” said Dr. Øjvind Lidegaard, the paper’s senior author. But he suggested doctors take time to discuss the pros and cons of different types of contraception with their patients, and that they be frank about the potential risks, suggesting women reassess hormone use as they age.

The study was supported by a grant from the Novo Nordisk Foundation, which describes itself as “an independent Danish foundation with corporate interests,” supporting medical research at public institutions and by companies within the Novo Group. (Novo Nordisk is a global health care company that focuses on diabetes care, and it also makes Vagifem, topical estrogen inserts designed for menopausal women.)

A postscript with the article noted that two of the study’s authors, including Mørch, have been employed by Novo Nordisk since the manuscript was accepted for publication.

A classic white and one of my favourite reds, each for €11 or less
5