‘She revelled in any weakness she could find; my shyness, my anxieties, my sensitive nature, my flaws, any obstacle or difficulty I encountered’ 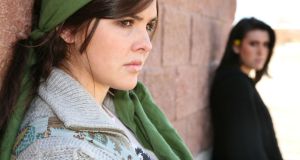 “I felt sick. Each time. No matter how much I tried to fortify or calm myself the feeling of dread made my heart race, my mouth turn dry. I knew what lay ahead and I knew there was no way to avoid it. Most days I was greeted with “what are you doing here”?

“Some days, one might be waiting as I entered. “Ugly. Failure. Fatty. Spotty. Social reject. Problem. Won’t marry.”

“Other days I was ignored. They treated me with contempt and hatred and reminded me again and again, day after day, month after month, year after year, that I was a “failure’’, that I had “all the problems”, as if everyone’s problems were tied up in one filthy, reeking parcel, which I held. And in a sense, they were. Scapegoats and bully victims are close cousins. I didn’t fight back. I knew that they were faster, meaner. I dared not respond as the fear of the pain of what they might say was too great. Each insult was unprovoked. Always. Any requests to my mother to intervene were futile. I was told to “ignore them”. How that was possible defies logic. They took it as a signal to continue.

“These were my weekly visits home from my rented flat in Dublin city to my middle-class, educated family in the suburbs. These were my two sisters. The one immediately after me in age was the ringleader. She despised me. She revelled in any weakness she could find; my shyness, my anxieties, my sensitive nature, my flaws, any obstacle or difficulty I encountered. One day I found her waiting for me in the front garden, jeering that she knew I had been to see the university psychiatrist, threatening to tell everyone.

“Later, when I abandoned my studies she came into my room where I lay in bed, devastated and depressed. With a mixture of contempt and tangible pleasure she told me that I had “lost my status”. That’s when it really began. I was 19.

“The bullying continued until, at age 30, I did the only thing I could do – I walked away. Nobody wanted to listen. Somehow I was to blame. I still carry the shame, the kind you feel when someone can exert such power over you that makes you cower and wince.

“Walking away from a sibling entails the loss of family life. When respect, trust and accountability have been so violently erased there is nothing left. I found it hard to be in the same room as my tormentors. Their power over me was still tangible. They knew it. I knew it. I told nobody because I knew that nobody wanted to know. My heart sank when family members suggested we should ‘try to get on’. As so many victims do I resorted to vague euphemisms, ‘I don’t see much of my family’.

“It is a double bind. You can stay, have a family life (which you fundamentally want) and accept your contemptible role. Or, leave, be free of the abuse, but have no family. Nobody will intervene. Nobody wants to know.”