Sibling bullying: ‘I am 75 and it still hasn’t stopped’

‘They stole from me, left me with nothing, demeaned my success at school’ 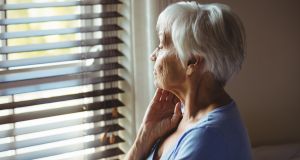 This is a file photograph. iStock

Recently, The Irish Times published a series of articles about sibling bullying, which provoked a strong reaction from readers – some of whom were keen to share their own experiences of sibling bullying.

Here is one of the submissions.

“I am 75 and it still hasn’t stopped. They are there like a pack of hyenas continuing what my parents started. Ready to pounce. There is no conscience, no empathy – if they want something then I have to give or else. They put down, abuse, diminish me, and any strong response from me gives rise to labels – ‘sick person’, ‘mad’, ‘a fool’, ‘a laughing stock’, ‘despised’. My compassion is manipulated. They are the entitled. I am not. It all sounds paranoid, but no it’s not. There has never been any reason for them to stop.

“My mother was seven months pregnant with me when she married, everything was a lie – my delivery note did not accord with her real age, or how long she had been married before my birth. She was the little flower, no matter how many children she had she was pure. On the other hand, I was the cause of her downfall, her shame, which she tried to erase through horrific beatings, day in day out. She roped him in when she wanted to see my blood being drawn. That brought a short hiatus, a day or two at most without a battering.

“I was a square peg that wouldn’t fit in the round hole of their liking, but they would knock the corners off me. They would make me fit. I was hated by her family for ruining her life and bringing shame on them.

“My job was to make sure I was alive at the end of each day, somehow. They stole from me, left me with nothing, demeaned my success at school, kept me home for weeks on end to do the housework, care for the latest arrival round the clock, to be treated by my siblings like a slave. After all, I had to pay the price for being allowed to live. My siblings took it all in and any opportunity became a chance to belittle, threaten and use and abuse me. After a bad beating, face punched beyond recognition, my siblings kicked me out of the bedrooms: ‘You filthy creature get out.’

“I didn’t have a bed of my own. We lived in Dublin then. Keep quiet, we don’t want the neighbours hearing you . . . so no crying.

“When I read about the unmarried mothers whose infants were taken away for adoption I wish I had been one of those children, I might have realised my full potential within a caring family.

“At this late age, after a serious illness which they chose to ignore, I decided to cut off from them. Easier said than done. It is not easy when I do find myself in their midst, a funeral perhaps. Their contempt is palpable.

“They fall in and out with each other, but in no way can any of them appear to have fallen in with me, despite the demands they may have recently made or the rubbish they offloaded on me. I have been the scapegoat on to which they dumped all their evil , then they skip away refreshed and cleansed.

“In a writing class I started to write about my childhood and one of the participants stared me down with a black look, she is a teacher. This was in Mayo where my mother came from. The bodyguard of lies and denial continues.

“My brothers who visit there are great craic altogether, that is the assumption. It doesn’t matter about my achievements in other territories, my successful and very gifted son.

Peter Murtagh in the Americas: 'I’ve left behind something that’s going to get an awful lot worse'
6

Crack on: Where to order an Irish artisanal Easter egg in time for Sunday
8

Unable to work out? ‘Muscle memory’ may help you keep fit
Real news has value SUBSCRIBE